With tensions between the US and Iran now heating up big time as the Pentagon sends an assault ship and Patriot missiles to the Middle East following reports of a potential Iranian threat to US or partner ships in the region, we must take a look back to this April of 2018 story by Adam Credo over at the Washington Free Beacon within which he reported Iranian-backed sleeper cells have long been operating all across America, and mostly unfettered.

As they had reported back then, “experts agreed these ‘sleeper cells’ are poised to launch a large-scale attack on the American homeland” according to testimony given to Congress. And as we had reported on ANP back in July of 2018, some of those ‘sleeper agents‘ may have been in America for up to 20 years or more, simply blending into society.

As the website Al Arabiya had reported back in August of 2018, the experts who briefed Congress had warned that Iran could launch terrorist attacks targeting American interests at any moment, either through its cells or through its arm, Lebanon’s Hezbollah, which is active in Latin American countries.

Giving President Trump another reason to build a wall to at least partially seal the wide open Southern border, the following excerpt from their story also warns of Iran using Latin American countries as an advanced launching pad to attack America.

In Latin America, Hezbollah cells are openly active, which also means that Iran may take Latin America as an advanced launching pad for attacks on US territory or on Washington’s interests in the region when it wants, especially after threats by Hezbollah leader Hassan Nasrallah to target the United States.

Intelligence officials and former White House officials have warned Congress that Iran could be planning to launch attacks against the United States. “The answer is absolutely. We do face a threat,” said Emanuele Ottolenghi, a senior fellow at the Foundation for Defense of Democracies who spoke at a hearing of the House Homeland Security Committee’s subcommittee on counterterrorism and intelligence.

“Their networks are present in the United States.”

“Their presence in Latin America must be viewed as a forward operating base against America’s interest in the region and the homeland itself.” Ottolenghi said the sleeper agents enter America by posing as immigrants who develop legitimate businesses that are a front for their other activities. 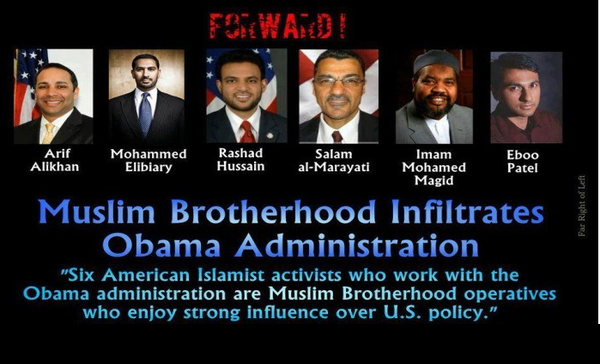 So, with evidence that Iranian sleeper cells are already here in America and are prepared to launch full-scale attacks upon us, how many terrorists might already be here, long embedded within the American society? While we absolutely understand that not all Iranians living here have bad intentions, all it takes is one to cause total havoc in America. And as WND had reported back in April, we do know that over 10,000 people from terrorist countries are already here.


And since there really are teams, cells of terror Hezbollah terrorists, already here and prepared to attack America, how do we weed them out before they are able to attack ‘American interests‘? Unfortunately we remember that while Barack Obama was president, theFBI under Robert Mueller actually purged FBI training material of the mention of Islamic terrorism with Congressman Louie Gohmert claiming Mueller had ‘compromised national security‘ by doing so and as we all remember, our public servants at the FBI and DOJ then focused upon ‘dangerous Christians, Conservatives and patriotic Americans‘ instead.

And as we had pointed out back in 2018 in the excerpt below taken from this July of 2018 ANP story, Barack Obama had also allowed 2,500 Iranians to come here as part of the Iranian nuclear deal. Did Barack Obama not only allow but help to fund a stealth invasion of America?

According to the National Organization for Civil Registration, an organization of the Ministry of Interior of Iran, the United States has the highest number of Iranian people living outside of their own country.

While immigration from Iran to the US between the 1940’s and 1970’s was very limited, following the Iranian Revolution in 1979, the US became a huge destination for Iranian students and some of their most wealthy families and as Wikipedia reports, by the year 2000, more than 380,000 Americans of Iranian ancestry were living here.

And while we firmly believe that not all or even most Iranian-Americans have ill intentions towards our country, the fact that Barack Obama allowed US citizenship to 2,500 Iranians as part of the nuclear deal should be of some concern, especially considering Obama’s ties to the Muslim Brotherhood and his alleged ties to the terror group hezbollah.

Did Barack Obama not only allow but help to fund a stealth invasion of America? 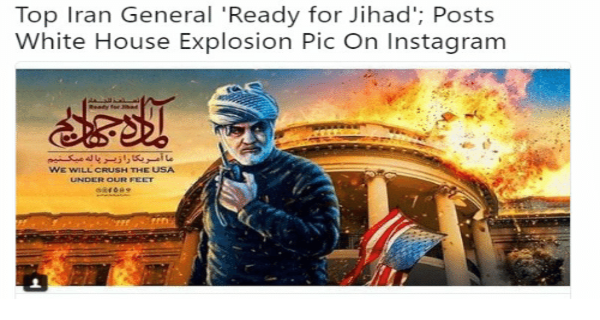 With the very real potential of war breaking out in the Middle East and specifically against Iran, we wanted to take a quick look back at wargames that were played in 2002 called ‘Millennial Challenge 2002‘. As we had reported within this July of 2018 story, that wargame simulation resulted in the deaths of over 20,000 US troops and the sinking of 16 warships, all within the first  24 hours of the games. As Wikipedia had reported on Millennium Challenge 2002, after the humiliating defeat to Iran, the wargames were canceled.

With those wargames hinting at something very bad for US forces if changes haven’t been made since then, we find it concerning that according to one Iranian cleric close to Iran’s president, Iran believes it could completely wipe out our US naval forces in the region.

With a top Iranian General actually posting the photograph seen above to Instagram of the White House being blown up as was reported within this 2018 Zero Hedge story, threatening to crush the US under their feet, we hope that Americans are prepared for practically anything in the days and weeks ahead, even here on US soil, especially should war begin with Iran.