by George Callaghan, The Duran:

In 2016 the British people voted for independence. This was despite the despicable threats of the EU elite

Decades ago the British deep state hatched a nefarious plot against the British people.  The elite wanted to foist European unity on an unwilling populace. The notion of the conceited Whitehall elite was that the peasants were stupid and the mandarins knew best. In late 1940s the United Kingdom politely declined offers to join the proposed European Coal and Steel Community. This was an embryonic European Economic Community. As Churchill said ‘we are with Europe but not of it.’ One Labour MP sagely said of joining the European project ‘the Durham miners won’t wear it.’ Those were the days when MPs quaintly cared about serving their constituents.

Harold Macmillan sought British accession to the European Economic Community. The French President de Gaulle rightly rejected the British application. De Gaulle was doing the British a favour. He correctly surmised that the United Kingdom would never be fulling committed to the EEC and that the bulk of the British people were adamantly opposed to such a venture. Charles de Gaulle was a visionary perhaps 70 years ahead of his time. He said that if the UK were admitted it would be forever sticking its oar in. These were prophetic words!

In the late 60s Harold Wilson’s Labour Government sought British membership of the EEC and was again rebuffed. In the early 1970s Edward Heath’s Conservative Government applied to the EEC for a third time. On this occasion Heath’s efforts were crowned with success. It only succeeded through subterfuge of the grossest character. Heath was warned by civil servants that the United Kingdom would have to sublimate itself to European sovereignty. Nevertheless Heath would not let the truth get in the way of his vaulting ambition. He released an official statement that ‘this involves no loss of essential national sovereignty’. Edward Heath did that in full knowledge of this being an outrageous falsehood. The public were assured that the idea there would one day be a single currency was a preposterous scare mongering tactic. In 2002 Heath was asked whether in the early 1970s he had envisaged the UK joining a single  European currency. ‘Yes, of course’ he chortled.

As one judge said European law was like ‘an incoming tide’ in changing British law. You might consider all this desirable. Fair enough but Europhiles should at least have told the truth about it. The Big Lie has become the standard tactic of the Europhile extremists. In 2002 the proposed European Constitution was hotly debated. The UK’s Minister for Europe was an egregiously dishonest politician named Keith Vaz. Keith Vaz MP had the nerve to say that the European Charter of Fundamental had ‘as much constitutional significance as the Beano’. Vaz claimed that the said charter was not justiceable: it would not influence court cases. Vaz is a Cambridge educated solicitor but pretended to know nothing about law. This is the sort of shrieking lie that characterizes Europhile discourse. Only days after making this grossly dishonest statement Vaz acknowledge that the charter was in fact legally impactful. Tony Blair denied that the European Battle Group was a nascent army. There is a clue in the word ‘battle’. The President of the European Commission Romano Prodi said ‘if you are not going to call it an army call it Mary Jane!’

The Danes rejected the Treaty of Maastricht in 1992. They people of Denmark were then made to vote again next year until they gave the Europhiles what they wanted.

The Maastricht referendum in the Irish Republic saw the government misusing taxpayers’ money to fund Europhile propaganda. The Irish Supreme Court ruled that this was illegal. Despite this gross abuse of democracy the result was allowed to stand. An unfair plebiscite was not restaged.

In the Republic of Ireland we rejected the Treaty of Nice in a plebiscite. We were made to vote again until we ‘got it right’ according to our masters in Brussels. Likewise when we said no to the Treaty of Lisbon we were again forced to vote a second time until the elite got the answer they wanted. The eurofanatics have a rapist’s attitude: ‘no means yes.’

The European Constitution was rejected by a referendum in France. Even in the Netherlands the most passionately Europhile country the people voted against the proposed constitution. Despite this the Europhile elite were hellbent on having their way. They would not let the will of the people stop them. The Strasbourg and Brussels fat cats scarcely conceal their contempt for ordinary people. The Europhile conspirators simply rebranded the rejected constitution ‘the Treaty of Lisbon’. This barely disguised reworking of the constitution was then passed without a referendum in most countries.

One of the many totally unfair aspects of the EU is l’aquis communutaire. That is the one way ratchet. A competence once ceded to the EU can never, ever be repatriated. All these referenda are held to be irrevocable – if the EU elite gets it way. But if the common people have the temerity to assert their rights and vote against orders from Brussels then woe betide them. There will be threats of being cast into the outer darkness. These member states might have to become like Norway or Switzerland: the richest, freest and most peaceful countries on earth!

The peoples of Switzerland and Norway have both twice rejected referenda on closer links to the EU. Well done them! They were told they would face economic meltdown if they did this. It turned out to be yet another EU Big Lie. The Norwegians said no the EEC partly to keep their fishing rights. By contrast the United Kingdom’s territorial waters are almost devoid of certain fishes. The UK’s fishing fleet has been all but wiped out by EU overfishing.

The EU started a war of aggression against Libya in 2011. It was not just NATO policy it was EU policy. This was despite the EU having feted Gaddafi’s sons some years before. Gaddafi had achieved economic development and stability for his country. He was preventing illegal immigration into the EU. He also stood athwart Al Qa’eda. The EU could not possible stand for that. The EU then bombed Libya till it was a shattered state. The tens of thousands of Libyans killed since lie on the EU’s door. All EU member states are required to support this ‘in a spirit of loyalty and solidarity’ as the Treaty of Lisbon says.

The Liberal Democrats used to be referenda enthusiasts. That was because they lost every election. Nick Clegg when Lib Dem leader called for a referendum on EU membership. When Clegg helped to front the Remain campaign to an ignominious defeat he called for the result to be disregarded. It speaks volumes about the arrantly and arrogantly anti-democratic attitude of the Remain ruling class. They only consider referenda results valid when the result favours their side. The EU has called for and got referenda to break up other countries such as Yugoslavia. It is one rule for the EU and another rule for other polities.

In 2016 we all know that the British people voted for independence. This was despite the despicable threats of the EU elite. Europhile politicians campaigned for their side. No one denies them that right. What was scandalous was the misuse of the civil service and other public bodies to campaign for a highly contentious cause. The Europhiles had the full might of the state on their side. 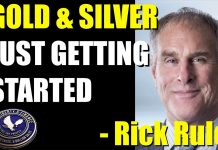