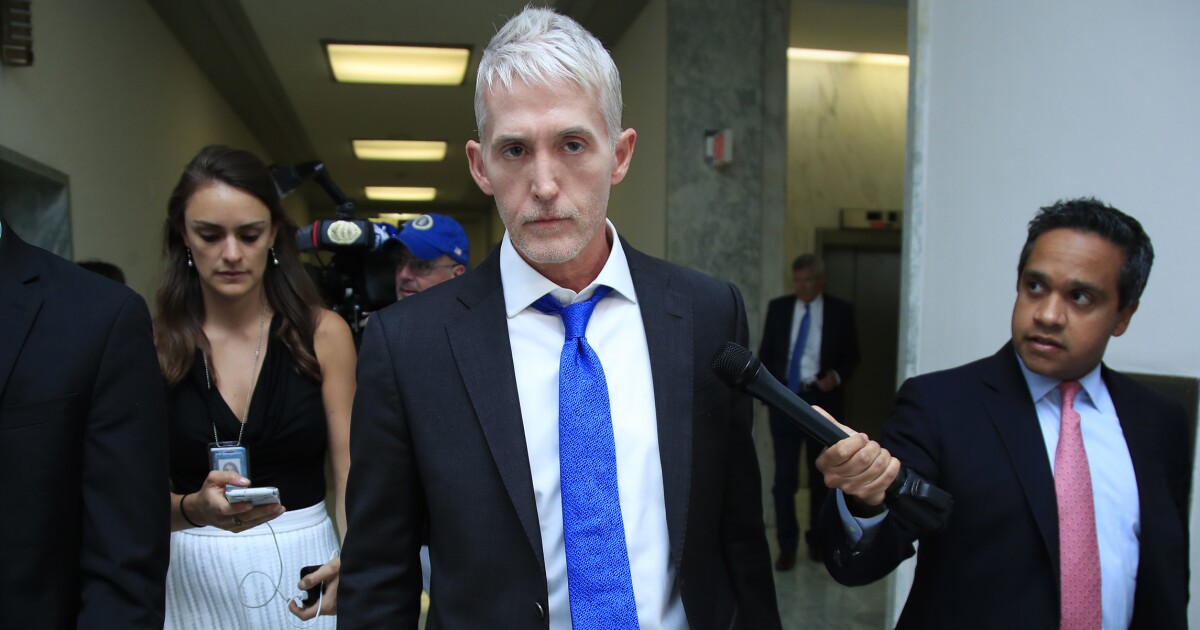 Former Congressman Trey Gowdy (R-S.C.) Monday night had some interesting advice for the federal prosecutor who was just appointed by Attorney General William Barr to look into the origins of the Trump-Russia investigation. Gowdy toldFox News host Sean Hannity that there is “an easy road map to follow” and suggested that investigators start by looking for certain “emails between [former CIA director] Brennan and [former FBI director] Comey in December of 2016.”

AG Barr has assigned John H. Durham, a U.S. attorney in Connecticut, to examine potential wrongdoing by the intelligence agencies during the 2016 election, the New York Times reported Monday evening.

Durham, it turns out, “has a history of serving as a special prosecutor investigating potential wrongdoing among national security officials,” according to the Times.

The Times reported that the inquiry will be the third publicly known investigation into the FBI’s counterintelligence probe of the Trump campaign in 2016 (although Gowdy on Hannity said it was the fourth).

John W. Huber, the United States attorney in Utah, has also been examining aspects of the FBI and DOJ’s abuse of surveillance power, as well as their handling of alleged pay-for-play Clinton Foundation schemes. Reportedly, as of last month, there was still no sign of any activity in that alleged investigation.

Gowdy, the former chairman of the House Oversight and Reform Committee, was on Hannity to discuss the appointment of Durham to the DOJ’s probe.

“There’s an easy road map to follow,” Gowdy explained. He said the task of the investigators should be to find out when the FBI began to intermingle the Trump campaign with the Russia probe.

The former congressman said the probes should also be looking into how the FBI itself assessed British spy Christopher Steele, the author of the discredited “dirty dossier.”

“They have their own internal documents,” Gowdy pointed out. “Part of what Lindsey [Graham] wants to make public are the internal FBI documents where they did their own assessment. And I think you’ll be surprised at whether or not they viewed Steele as being credible.”

Gowdy said he’d seen the documents himself, including a 302 [a report or summary of an FBI interview] where an FBI informant [Steele] “said he’d do anything in the world to make sure Donald Trump lost.”

Hannity asked Gowdy if he thought the FBI committed fraud against the FISA court by using Steele’s unverified and unverifiable anti-Trump dossier.

Gowdy answered that it was even worse than that.

“It is what you described, in addition to withholding of exculpatory information — which has (Rep.) Johnny Ratcliffe so exercised. And they made no effort to corroborate the dossier until after it had been used in the application and a renewal. No effort! It’s not that they failed. They made no effort to do it!” he exclaimed.