For WikiLeaks, 2010 was an exceptionally eventful year. In April the transparency organization released “Collateral Murder,” the video of U.S. Army helicopters as they shot more than a dozen Iraqis in Baghdad. That proved a worldwide shock and put the 4-year-old publisher on the global media map.

Three months later, on Oct. 22, 2010, WikiLeaks released an even more explosive trove: 391,831 documents and videos it named “Iraq War Logs.” This superseded “Afghan War Diaries” as by far the most extensive leak of classified material in U.S. history. It shone a stark light on the U.S.–led coalition’s conduct in Iraq after its 2003 invasion, when the nation had erupted into a violent sectarian war. Julian Assange, WikiLeaks founder, said the Logs “constituted the most comprehensive and detailed account of any war ever to have entered the public record.” 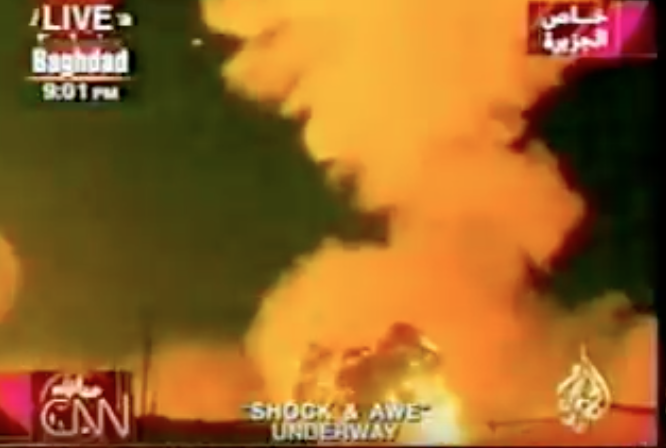 The source for the “Iraq War Logs” was once again Chelsea Manning, who by then was in a military prison awaiting trial on charges connected to “Collateral Murder” that wound up including 22 counts of theft, assisting the publication of classified intelligence and aiding the enemy.

With the publication of  the “Iraq War Logs,” WikiLeaks disgorged an unprecedented profusion of documents, military reports and videos.

The Logs cover the six-year period from Jan. 1, 2004, (a matter of months after the 2003 invasion) to Dec. 31, 2009.  WikiLeaks  partnered with The New York Times, The Guardian, Der Spiegel, Al Jazeera and Le Monde to disseminate the Iraq Logs.

Taken together, the Logs portray Iraq under allied occupation as the scene of lawless mayhem and violence. Codes of conduct were routinely ignored, shootings were often indiscriminate and torture of detainees was regularly treated as acceptable practice. Innocent civilians were under constant threat of U.S.-led coalition gunfire and arrest, interrogation, and mistreatment by allied military units and the Iraqi army and police.

Among the Logs’ most significant revelations:

The Iraqi military and police systematically tortured prisoners — including women, children and other civilians — with the tacit approval (and at times the complicity) of U.S. forces. On numerous occasions U.S. troops were directly responsible for the torture of detainees. Here is a typical report of prisoner abuse by a Special Operations unit. The incident occurred on Feb. 2, 2006; the report conveys the routine fashion in which the coalition treated such events. The detainees name, the Special Operations unit’s name, and the location of the incident are deleted:

There are many thousands of similar reports detailing the violent misconduct of coalition and Iraqi forces. 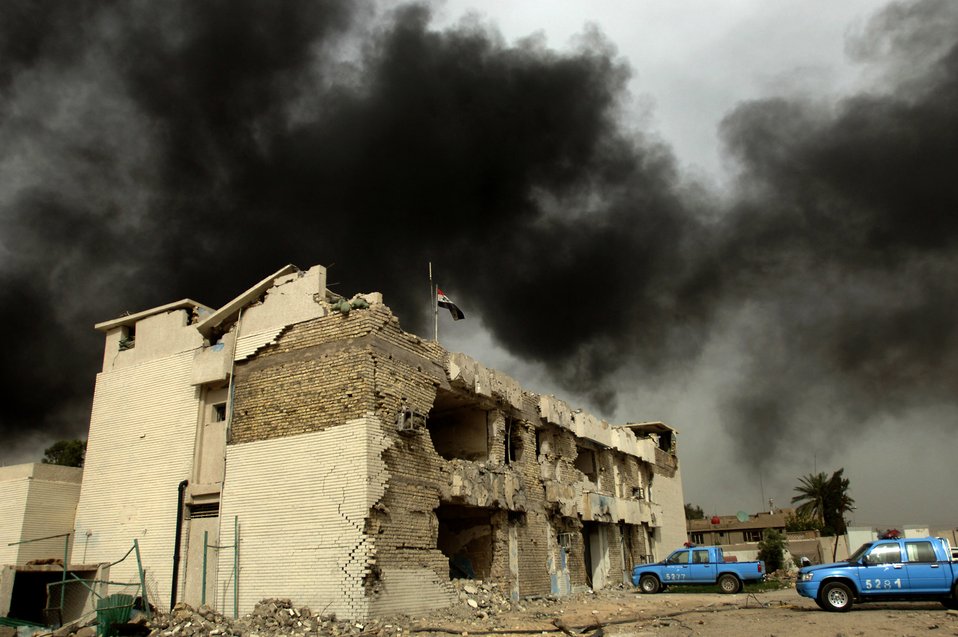 The first U.S. orders covering these incidents were issued in June 2004, two months after the torture practices of U.S. troops at Abu Ghraib broke into the news. The orders were called Frago 242, meaning “fragmentary orders.” Providing there was no U.S. involvement in an incident, American forces were told not to investigate it “unless directed by higher headquarters,” or HHQ. Frago 039, a subsequent order issued in April 2005, required U.S. troops to report green-green incidents; U.S. troops would report more than 1,300 cases of green-green torture to their commanding officers. But, once again, they were ordered to take no further action. Frago 242 and 039 were clear breaches of U.S. responsibility in Iraq.

Please Make a Donation to Our
Spring Fundraising Drive Today!

Here is an example of the reports U.S. forces routinely filed after Frago 242 and Frago 039 were issued. It recounts the apparent murder of a detainee while in Iraqi custody. The incident occurred on Aug. 9, 2009, in Ramadi. Iraqi officials termed the detainee’s death a suicide, while the U.S. report found the detainee’s injuries “consistent with abuse.” The U.S. military closed the case the following October; there is no indication any action was taken:

HOW: At 270900C AUG 09, the PGC TT reports possible detainee abuse IVO (38S LB 413 998). On 26 Aug 09, a PGC TT (which included a USN Corpsman) conducted a post mortem visual examination of JASIM MOHAMMED AHMED AL-SHIHAWI, an individual arrested in conjunction with a VBIED interdicted NE of Camp Taqaddum (SIGACT Entry DTG: 241130CAug09). The detainee was transferred from the IHP in Saqlawiah to the Iraqi CTU in Ramadi for questioning and while in custody, reportedly committed suicide. The PGC TT personnel conducting the post mortem examination found bruises and burns on the detainee`s body as well as visible injuries to the head, arm, torso, legs, and neck. The PGC TT report the injuries are consistent with abuse. The CTU/IP have reportedly begun an investigation into the detainees death. An update will be posted when more information becomes available. The SIR is attached.

On Oct. 24, 2010, two days after WikiLeaks published the “Iraq War Logs,” Al Jazeera released “U.S. Turns a Blind Eye to Torture.” The video details the Frago 242 and 039 stipulations as revealed in the Logs. While some incidents were eventually investigated — apparently including the one in Ramadi — there is no record of Iraqi personnel receiving a sentence for misconduct. The Al Jazeera report traces knowledge of the orders to “the highest levels of the U.S. government” — including, the video makes plain, Donald Rumsfeld, then defense secretary.

For the first two years following the 2003 invasion, U.S. military authorities denied keeping records of civilian deaths in Iraq. Only in 2005, when the Defense Department began reporting statistics to Congress, did it emerge that the military had in fact compiled such records. But the DoD’s reports were too imprecise to constitute a reliable record: Deaths and injuries were combined, as were civilian and Iraqi army casualties. And the official numbers were consistently lower than other contemporaneous figures, according to Iraq Body Count, an investigative nongovernmental group based in London. In the five-year period the Logs cover, U.S. military logs put the number of Iraqi casualties at 109,032, some 60,000 of whom were civilians.

The “Iraq War Logs” did much to clarify the casualty question. In a detailed report, Iraq Body Count said the Logs made it possible, for the first time, to combine disparately sourced data to build a significantly more complete picture.