Vaccine hesitancy, which is a reluctance or refusal to be vaccinated or to have one’s children vaccinated, has been identified by the World Health Organization as one of the top ten global health threats of 2019.  However, no one talks about why it is a threat to those who have actually be vaccinated?  Do the vaccines work or don’t they?  Or, a more poignant question should be, are vaccines safe in the first place?

the movie, speaks at a 2018 health conference in the video below.

Bigtree is not new to this issue.

With a background both as a filmmaker and an investigative medical journalist, he is best known for combining visually impactful imagery, raw emotional interviews and unbiased investigative research into stories that push the envelope of daytime television.

Some of his most thought-provoking episodes include a rare televised debate between Monsanto’s head of toxicology Dr. Donna Farmer and GMO activist Jeffrey Smith and an exposé on a “gold standard” medical test that mistakenly indicts loving parents for child abuse, causing their children to be remanded to Child Protective Services.

When Bigtree began investigating the story of the CDC Whistleblower and the fraud perpetrated by the CDC, he soon realized that he had stumbled upon a story of corruption and deception beyond any he had ever seen.

Further investigation into the wrongful destruction of Andrew Wakefield’s career orchestrated by Big Pharma and the UK Department of Health inspired him to focus all of his attention on what he believes to be the most crucial documentary of the year.

Bigtree is proud to be working side by side with Andrew Wakefield, one of the most important minds of our time, to create a documentary that will not only alert Americans to the outright destruction of their civil liberties, but will lead the charge to demand the formation of a genuine independent research body conducting legitimate science to ensure that all vaccines are truly safe.

With the calls for mandatory vaccines are coming forth, which are completely unconstitutional, the information in this video is vital for those seeking the truth concerning vaccine safety.  Be sure to share it with everyone you know so they can make a truly informed decision regarding vaccinations. 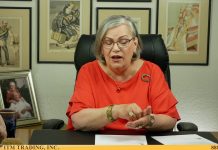