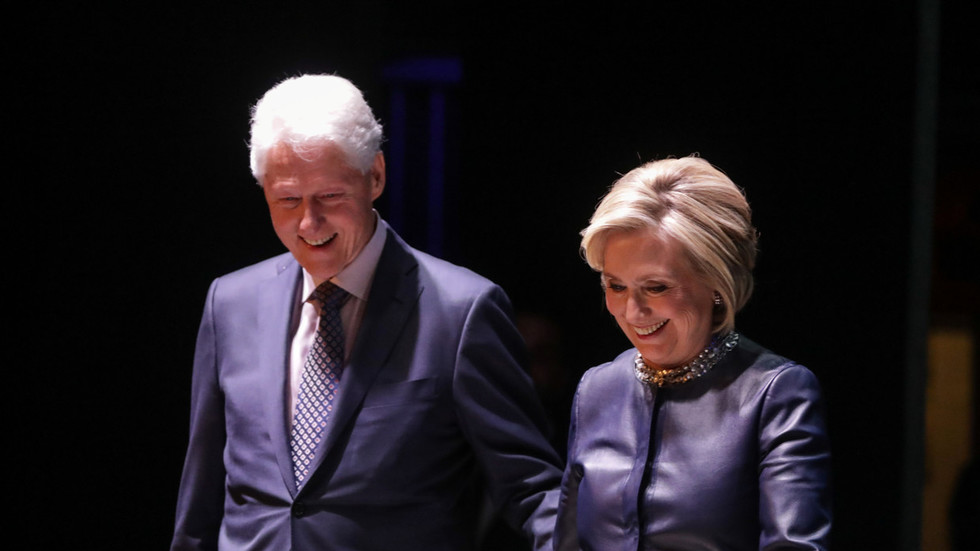 Demand for tickets to Bill and Hillary Clinton’s speaking tour has been so sluggish that organizers have had to slash prices to get bums on seats. It’s almost as if they’re a spent political force that no one wants to listen to.

You may not have heard, but the the former president and the twice-failed presidential candidate have been touring North America speaking to audiences about their careers and “where we go from here.”

The promotional material for ‘An Evening With The Clintons’ promises “a one-of-a-kind conversation with two individuals who have helped shape our world and had a front seat to some of the most important moments in modern history.”

However, it seems that the public doesn’t have much interest in hearing what the Clintons have to say. Mercifully, Sunday’s event in Las Vegas is the final show before the tour finally wraps up.

Tickets can be purchased for less than $14. Saturday evening’s show in Los Angeles saw prices drop as low as $6, while tickets for Friday’s event in Seattle could be picked up for $20. It’s a far cry from when Hillary used to reportedly command $275,000 to make speeches to Wall Street firms.

Even these bargain-basement prices are far too steep for many on social media, however, as people seem perplexed by the fact that anyone is willing to pay any amount of money to see the Clintons.

can we bring tomatoes if we buy a ticket?

Those who did go to any of the events may well have been left disappointed as the couple have largely steered clear of mentioning US President Donald Trump.

However, Hillary did throw some red meat to the crowd at the Seattle engagement. “I really believe that we are in a crisis, a constitutional crisis,” she told the audience, the Seattle Times reports.