In some regions, the level and nature of persecution is arguably coming close to meeting the international definition of genocide, according to that adopted by the UN.”Mountstephen estimates that “80% of persecuted religious believers are Christians.

According to The Blaze, the report from Mountstephen contends that 1 in 3 people across the globe are persecuted for their religion. Christians are the most persecuted of this group.

The report stated, “Though it is impossible to know the exact numbers of people persecuted for their faith, based on reports from different NGOs, it is estimated that one-third of the world’s population suffers from religious persecution in some form, with Christians being the most persecuted group.”

The violence against Christians has reached such shocking levels that Christianity is at risk of completely disappearing from the Middle East.

The main impact of such genocidal acts against Christians is exodus. Christianity now faces the possibility of being wiped-out in parts of the Middle East where its roots go back furthest.In Palestine, Christian numbers are below 1.5 percent; in Syria the Christian population has declined from 1.7 million in 2011 to below 450,000 and in Iraq, Christian numbers have slumped from 1.5 million before 2003 to below 120,000 today.Christianity is at risk of disappearing, representing a massive setback for plurality in the region.

In the recent Sri Lankan bombings that targeted Catholic Churches and various hotels in Colombo, Sri Lanka, 253 people were killed by Islamic terrorists of the Jihadist group National Thowheeth Jama’ath. 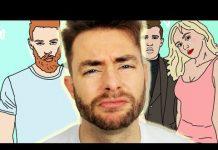