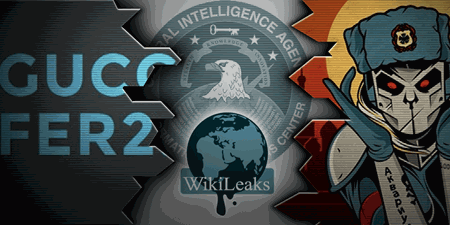 Russia did not hack the DNC. This is not an opinion. It is a conclusion that flows from one very specific claim made by the Special Counsel—i.e., Guccifer 2.0 was a fictional identity created by Russian Military Intelligence, the GRU. If Guccifer was in fact a creation or creature of the GRU, then the forensic evidence should show that this entity was operating from Russia or under the direct control of the GRU. The forensic evidence shows something quite different—the meta data in the Guccifer 2.0 documents were manipulated deliberately to plant Russian fignerprints. This was not an accident nor an oversight due to carelessness.

Special Counsel Robert Mueller’s is correct in stating that Guccifer 2.0 was a “fictious online persona. ” He is wrong in attributing that action to Russian Military Intelligence. While Guccifer 2.0 was a “fictious” entity, the information recorded about when, how and who created the document show that deliberate choices were made to present the info as if it was created by someone Russian.

Let us first stipulate and agree that Russia and the United States engage in cyber espionage and covert action against each other. This has been the case since computers and the internet came into existence. Within the US Intelligence Community these activities generally are labeled with the acronym, CNO—Computer Network Operations. The Russians and the United States have cadres of cyber “warriors” who sit at computer terminals and engage in operations commonly known as hacking. Other countries, such as China, Iran and Ukraine do this as well.

CNOs are classified at the highest level in the United States and normally are handled within special restricted categories commonly known as SAPs (i.e, Special Access Programs). A critical element of these kinds of operations is to avoid leaving any fingerprints or clues that would enable the activity to be traced back to the United States. But this is not unique to the United States. All professional intelligence services around the world understand and practice this principle—leave no evidence behind that proves you were there.

The case implicating Russia in the hack of the DNC and Clinton emails, including those of her campaign Manager, John Podesta, rests on suspect forensic computer evidence—is present in the meta data in the documents posted on line by Guccifer 2.0. According to Disobedient Media, “the files that Guccifer 2.0 initially pushed to reporters contain Russian metadata, a Russian stylesheet entry and in some cases embedded Russian error messages.”

But we do not have to rely on our personal beliefs about the competence or incompetence of the Russians. We simply need to look at the forensic evidence contained in the documents posted by Guccifer 2.0. We will take Robert Mueller and his investigators at their word:

– Beginning in or around June 2016, the Conspirators staged and released tens of thousands of the stolen emails and documents. They did so using fictitious online personas, including “DCLeaks” and “Guccifer 2.0.” (p. 2-3)
– The Conspirators also used the Guccifer 2.0 persona to release additional stolen documents through a website maintained by an organization (“Organization 1”) [aka WIKILEAKS], that had previously posted documents stolen from US persons, entities, and the US government. (p. 3)
– Between in or around June 2016 and October 2016, the Conspirators used Guccifer 2.0 to release documents through WordPress that they had stolen from the DCCC and DNC. The Conspirators, posing as Guccifer 2.0, also shared stolen documents with certain individuals. (p. 15)

An examination of those documents tells a very different story. While it does not reveal who or what was Guccifer 2.0, it does undermine Mueller’s claim that it was the Russians who did these dastardly deeds.

One independent forensic computer investigator, who uses the name, “The Forensicator,” examined the meta data in some of the documents posted by Guccifer 2.0 and discovered the following:

The estimated speed of transfer was 23 MB/s. This means that this initial data transfer could have been done remotely over the Internet. Instead, it was likely done from a computer system that had direct access to the data. “By “direct access” we mean that the individual who was collecting the data either had physical access to the computer where the data was stored, or the data was copied over a local high-speed network (LAN).”

This initial copying activity was done on a system that used Eastern Daylight Time (EDT) settings and was likely initially copied to a computer running Linux, because the file last modified times all reflect the apparent time of the copy, which is a characteristic of the Linux ‘cp’ command (using default options).

On September 1, 2016, a subset of the initial large collection of DNC related content (the so-called NGP/VAN data), was transferred to working directories on a system running Windows. The .rar files included in the final 7zip file were built from those working directories.

The alleged Russian fingerprints appeared in the first document “leaked” by Guccifer 2.0– 1.doc—which was a report on Donald Trump. A forensic examination of the documents shows that given the word processor program used to create the Donald Trump Document released by Guccifer 2.0, the author consciously and purposefully used formats that deliberately inserted “Russian fingerprints” into the document. In other words, the meta-data was purposely altered, and documents were pasted into a “Russianified” word document with Russian language settings and style headings.