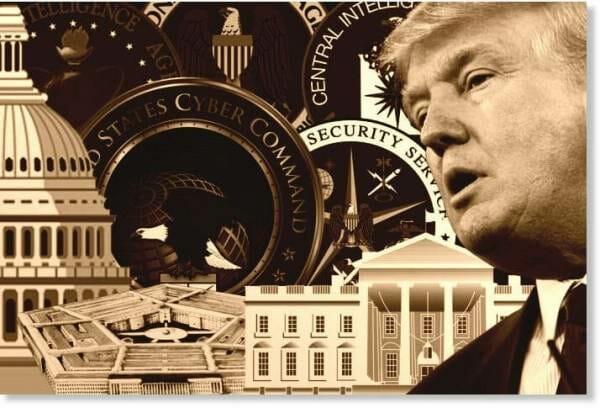 The Southeastern Legal Foundation released a statement on Wednesday.

Southeastern Legal Foundation filed a Motion for Publication of Records with the Foreign Intelligence Surveillance Court (FISC) on behalf of award-winning investigative reporter John Solomon and itself, seeking rulings, orders and opinions issued by the Court finding any of the attorneys associated with the Carter Page FISA applications violated rules of the Court or rules governing professional conduct by attorneys.

Southeastern Legal Foundation successfully pursued Bar sanctions against sitting President Bill Clinton, ultimately resulting in the surrender of his law license on the last day in office and disbarment by the U.S. Supreme Court (1998-2001) as part of the Agreed Order of Discipline from Independent Counsel Robert Ray. Click here for more information on the Clinton matter.

“We face a serious crisis of public confidence in our judicial system. Our nation’s highest law enforcement officers and government attorneys are suspected of lying, misleading and withholding information from the FISC in order to obtain permission to conduct surveillance on U.S. citizen Carter Page,” said Todd Young, SLF executive director. “If true, even in part, one of the most profound ways to help re-establish public trust in the rule of law is to hold these attorneys professionally and publicly accountable for their alleged grievous violations of the law and public trust.”

John Solomon has been working around the clock to obtain documents related to Spygate and has released one hard-hitting article after another exposing the Deep State cabal who targeted Trump’s 2016 presidential campaign.

The FBI obtained a FISA warrant and three renewals on Trump campaign advisor Carter Page to spy on Trump and his transition team.

The first FISA warrant on Mr. Page was obtained in October of 2016 and the 4th and final warrant was granted in June of 2017.

In fact, former FBI Deputy Director Andrew McCabe said under oath, if not for the Russia dosser, the FBI would never have sought a FISA warrant on Page.

Thanks to John Solomon’s reporting, we now know that Steele and his phony claims were ‘red-flagged’ by State Department official Kathleen Kavalec 11 days before the first FISA warrant was granted on Carter Page.

Kavalec then sent the red flag warning to senior FBI official Stephen Laycock one week before the FISA warrant was obtained.

Tonight, with the Southeastern Legal Foundation’s help, I filed a motion asking the FISA court to unseal evidence of wrongdoing or disciplinary actions in the Russia collusion case. America will benefit if we can achieve some transparency. Here it is :https://t.co/37E3K68R17