MSNBC host Rachel Maddow refuses to believe there’s “no evidence of collusion” and absolutely will not report on the real Russian collusion that has taken place with the Democrats.

(INTELLIHUB) — Liberal talk show host Rachel Maddow hasn’t yet come to terms with the fact that the entire Donald Trump-Russia collusion hoax has turned out to be just that (a hoax) as she continues to spew her garbage on air even claiming the president had lied.

However, she refuses to point out that Robert Mueller himself and former Secretary of State Hillary Clinton actually were colluding with the Russians and were involved in talks that lead to the covert sale of one-fifth of U.S. uranium reserves in which the Clintons and others profited.

The fact is, Mueller was set to deliver highly enriched uranium to the Russians in 2009, under Hillary Clinton’s orders and Maddow likely doesn’t want you to know this.

If you don’t believe me then please read the following excerpt from my 2017 report.

The secret “action request,” dated Aug. 17, 2009, was sent out by Secretary of State Clinton and was addressed to the United States Ambassador to Georgia Embassy Tbilisi, the Russian Embassy, and Ambassador John Beyrle. It proposed that FBI Director Robert Mueller be the one that personally conducts the transfer of a 10-gram sample of HEU to Russian law enforcement sources during a secret “plane-side” meeting on a “tarmac” in the early fall of 2009.

Moreover, Maddow’s guest Baker was the guy who signed the illegal FISA warrant which illegally authorized the FBI to spy on Donald Trump and associates during the runup to the 2016 presidential election. Goes to show what kind of people surround the butch drama queen. 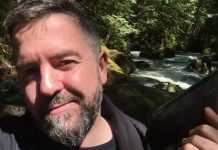 PRO TIP: How To AVOID Contact Tracing And DISAPPEAR When Out WITH YOUR PHONE!!!