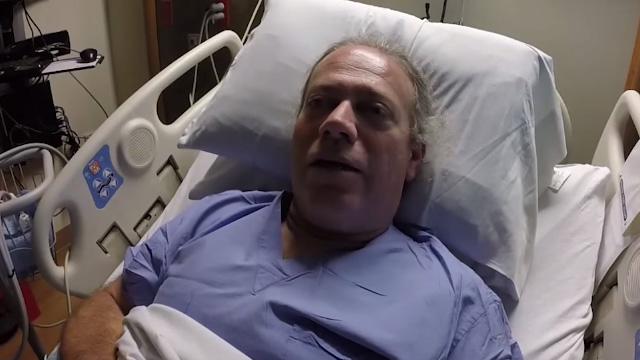 As Natural News readers are well aware, Americans who dare to oppose mandatory vaccination for any reason, including that they don’t believe that all vaccines are safe, are often ridiculed, marginalized and minimized by Big Pharma vaccine pushers and the mainstream medical community. One of the things that they most often insist on is that “vaccines are safe” and that there is no reason to fear being vaccinated.

And yet, when vaccine injuries occur – which is often enough that the federal government maintains a vaccine injury fund – they are brushed under the rug by the mainstream media as “rare” and “unusual,” if such incidents are covered at all.

But one man who was recently injured by vaccines has as compelling a case to make against mandatory vaccination as anyone: Ironically, he once worked for California Sen. Richard Pan – the pediatrician/lawmaker behind SB277, the state’s recently enacted mandatory vaccination law. He explains in a new video (which is no longer available) what he believes is motivating his former boss.

The man, John Berchielli, says he “was a perfectly healthy person” before he received “a vaccination recommended by my doctor.” (Although the original video is no longer available, you can check out the one below that we found.)

‘He lacks moral character of any kind’

The “disease or syndrome” that he has since contracted has left him bedridden, wheelchair-bound and partially paralyzed, he said.

And now that he is stricken, he says slowly, “it’s hard not to think of the decisions of… Gov. [Jerry] Brown [of California] and [Democratic] Sen. Richard Pan on the mandatory bill they signed into law requiring children to be vaccinated in order to get a public education.”

“From looking on the Internet and from the Mayo Clinic’s website,” he continued, “20,000 people a year are afflicted by this… syndrome that I have. Our lawmakers recently passed a law that allows vaccines to be mandated, yet the manufacturers have complete immunity of the side effects and damages caused by their vaccines.”

You can learn more about the destruction caused by the vaccines being forced on the American People by visiting VaccineDamage.news, powered by FETCH.news.

Berchielli went on to question how Pan, a physician who runs the pediatric training program at the University of California, Davis, campus, could be such an advocate for a vaccine capable of causing the kind of harm that he and thousands of others are suffering from, something he called “incomprehensible.”

“They bought themselves a senator named Dr. Richard Pan, who used to be a community pediatrician whose philosophy used to be at the time I worked for this man as a volunteer for over seven years, in the capacity of pediatric training,” Berchielli continued.