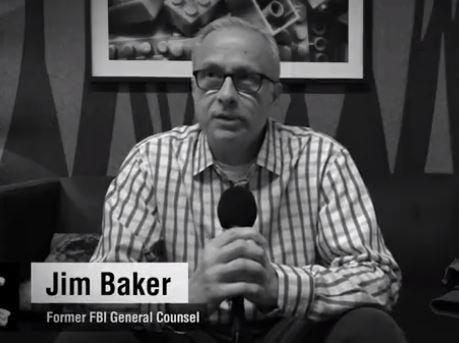 Baker ratted out James Comey saying top officials in the FBI were “quite worried” Comey would appear to be blackmailing Trump.

Of course, Yahoo’s Michael Isikoff‘s 2016 report was used in obtaining FISA warrants to spy on President Trump while at the same time Isikoff was working with the DNC.

And earlier this week it was reported that James Baker is is being investigated by US Attorney John Durham for leaking information to the press.

That was two days ago.
Now James Baker is speaking to Isikoff about James Comey’s controversial actions in targeting President Trump.

And Baker ratted out Comey!

Senior FBI officials were concerned then director James Comey would appear to be blackmailing then President-elect Trump – using tactics notoriously associated with J.Edgar Hoover – when he attended a fateful Jan. 6, 2017, meeting at which he informed the real estate magnate about allegations he had consorted with prostitutes in Moscow, according to Jim Baker, the bureau’s chief counsel at the time.