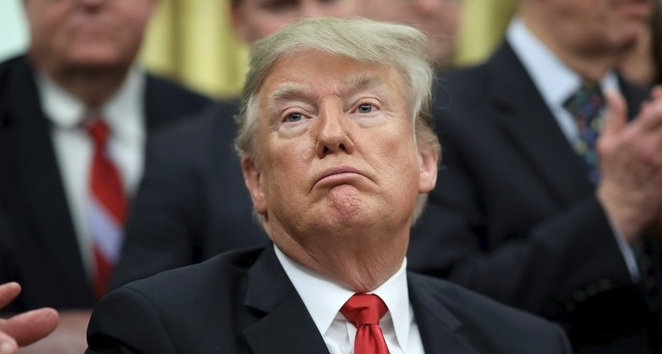 On May 13th, Reuters headlined “Iran insists on ramping up oil sales to stay in nuclear pact” and reported that “EU officials … estimate Iran needs to sell 1.5 million bpd to keep its economy afloat. A drop below 1 million bpd could bring hardship and economic crisis.”

Prior to US President Donald Trump’s cancellation of the nuclear deal with Iran and re-imposition of economic sanctions against Iran and against any companies that trade with Iran, Iran had been selling around 2 million bpd (barrels per day).

Once Europe’s biggest supplier, Iran has seen its exports gradually cut off from European buyers.

China – Iran’s largest oil customer with imports of 475,000 bpd in the first quarter of this year – has also stopped buying from Iran after Washington chose not to renew sanctions waivers.

Therefore, companies both in Europe and in China are terminating trade with Iran. The likelihood is consequently that Iran will be forced back into its nuclear program, and that things will be like what they had been before Obama had struck his deal with Iran. Here’s what that was like:

On 22 April 2010, the Congressional Research Service reported to Congress that:

Iran’s economy is highly dependent on the production and export of crude oil to finance government spending, and consequently is vulnerable to fluctuations in international oil prices. Although Iran has vast petroleum reserves, the country lacks adequate refining capacity and imports gasoline to meet domestic energy needs. Iran is seeking foreign investment to develop its petroleum sector. While some deals have been finalized, reputational and financial risks may have limited other foreign companies’ willingness to finalize deals.

Trump seems likely to exceed the hostility toward Iran that had been in effect during Obama’s and Bush’s Presidencies. If Trump is trying to force Iran to retaliate, then the goal is to use such retaliation from Iran as an excuse for the US military to move in — to invade.

The Reuters article says “One year after Washington quit the deal, Iran announced on Wednesday steps to relax some restrictions on its nuclear program.”

So: that is already restarting.

OilPrice dot com bannered on 22 April 2019, “Iran Threatens To Block Key Oil Chokepoint If It Can No Longer Export Crude” and reported that, “Iran will block the world’s most important chokepoint for global oil trade, the Strait of Hormuz, if Tehran is barred from using it to export its oil, Navy Rear Admiral Alireza Tangsiri, Commander of the Islamic Revolution Guards Corps (IRGC), said.”

A year ago, on 13 May 2018, Dr. Arshad M. Khan had headlined at Modern Diplomacy, “The Eclipsing Iran Deal: Truth And Consequences” and stated that,

Iran commands the Strait of Hormuz and a blocked Persian Gulf could see a quadrupling or more in the price of oil, bringing the current economic and stock market boom to a crashing end. Missile attacks from Iran and its ally Hezbollah would cause havoc in Israel’s cities; asymmetric warfare in Syria and Iraq would cost American lives.