Finding a pro-Trump voice on CNN got more difficult this week as it was reported that the president has called upon former Virginia Attorney General and CNN contributor Ken Cuccinelli to fill a Homeland Security post.

Cuccinelli had been a contributor at the network until Tuesday when CNN’s John King mentioned he’s “no longer” a part of the commentator line-up, further thinning and already slim roster of right-wing viewpoints at the channel.

It’s common for news organizations to end contracts or stop compensating personalities when such a conflict of interest arises, but CNN in particular has struggled to keep conservatives on retainer in recent years.

The Turner news giant fired Trump backer Jeffrey Lord over a tweet joking about Nazis and removed Ed Martin following comments he made on his radio talk show that fellow CNN panelists he appeared with were “black racists.” Earlier this year onetime lieutenant governor of South Carolina Andre Bauer did not have his contributor contract renewed. Paris Dennard resigned from the network after the Washington Post uncovered he was fired from a previous job for alleged “masturbatory gestures.”

“Most of us got squeezed out involuntarily,” former Georgia Congressman Jack Kingston told Mediaite of his CNN contributorship that was left to expire earlier this year. “I was there for 2 years and was certainly willing to continue. It was clear to me in the end that the Republicans they prefer are anti-Trump Republicans.”

“Who are the Republicans?” former analyst at CNN Stephen Moore said in a phone conversation with Mediaite, questioning the loyalties of those who remain as part of the dwindling line-up. “John Kasich? He hates Trump!”

A conservative economist, Moore recently pulled out of consideration for the Federal Reserve board after a fierce backlash met his nomination, and has been quite vocal as of late regarding his disdain for the time he spent at the cable news outlet.

“CNN is the hate Trump network,” Moore told Mediaite. “They just trash Trump every single hour of every single day. All they’ve talked about for two years is the Muller report and how bad does it make them look now that it proved nothing?”

Bryan Lanza, who served as deputy communications director for Trump’s presidential campaign, left the network last year. Lanza told Mediaite of his time working as a contributor; “CNN’s only identity is being anti-Trump; not conservative vs. liberal.”

“If you hate Trump, you tune to CNN to validate your hatred,” Lanza said. “Not sure it’s a winning formula and I’m validated by their last place performance against other outlets.”

Conservative talk radio host and former CNN contributor Buck Sexton once sat on various sets at the network, attempting to get a GOP-friendly word into the mix of what he felt were often lopsided panel discussions.

“People ask me ‘how could you ever have worked at CNN?’ and I tell them, honestly, that CNN has always been Left of center, but it used to have on real conservatives and, while not friendly to them, was at least interested in a serious exchange of ideas,” Sexton wrote in a tweet earlier this year. “But Trump broke CNN.”

Since his departure, Sexton has been quick to call out the channel for what he perceives as bias in reporting, even locking horns with CNN’s vice president of communications Matt Dornic on social media last year during a dispute over how the network covered Elizabeth Warren’s DNA release.

Dornic publicly clapped back at Sexton, writing: “Give me a break. You didn’t watch or read our coverage. You’re just shoveling shit on Twitter to score cheap points. Here’s six more headlines from CNN on Warren and the DNA test. I don’t care if you criticize wisely. But I have no time for trash insults. ”

“CNN used to pretend it accepted right wing voices for balance, but now it openly despises conservatives who are pro-Trump,” Sexton told Mediaite. “Today the entire enterprise clings to a fundamental dishonesty: that it has no political agenda. Taking down Trump is obviously the agenda. And in this regard, some of CNN’s ‘hard news’ anchors are the biggest journalistic frauds of all.”

When asked if Sexton would ever consider working with CNN again, he responded: “Would I go back? Sure, if CNN stopped being crazy.”

When asked whether the news outlet felt their contributors remain well balanced in the wake of yet another conservative departure, a spokesperson for CNN told Mediaite that they are always looking to add new perspectives from across the political spectrum. They pointed out that several liberal contributors like Symone Sanders, Nina Turner, and Robby Mook have also recently departed to join the 2020 campaign trail. 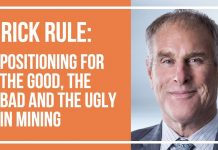