The NY Times has fallen to new lows.

Long known as the ‘Gray Lady‘ of the news industry, the Times published this story last Sunday titled “Your 5G Phone Won’t Hurt You. But Russia Wants You to Think Otherwise” within which they attempted to blame Americans concerns over the proven ill health effects of 5G and Wi-Fi radiation on Russia due to a recent story on 5G over at Russia Today.

Reporting as their subtitle “RT America, a network known for sowing disinformation, has a new alarm: the coming ‘5G Apocalypse’“, the NY Times story then sounded exactly like an advertisement for ‘big tech‘ and the cell phone industry, ignoring the very real proven cases of wireless radiation causing cancer, infertility, tumors, heart problems and even autism as has been reported by even Western medical doctors and scientists as heard in the videos at the bottom of this story.

And we’re not the least bit surprised that the NY Times allowed globalist propaganda spewing website ‘New Knowledge‘  to claim that warnings of negative health effects from 5G and Wi-Fi is ‘economic warfare‘ being waged by Russia against America.

Yet as Susan Duclos had reported back on December 20th of 2018, New Knowledge’s own CEO Jonathon Morgan was banned from facebook  for running a false flag operation on facebook attempting to alter the results of the 2017 Alabama special election. Why does the NY Times use such biased and totally discredited sources? Interestingly, US Congress also used one of New Knowledge’s reports on Russia meddling in the 2016 US election and we all know how that’s turned out. The entire scam was collusion between Democrats, big tech and big media, a very real coup attempt to take down President Trump. Treason? Only treason trials for the corrupted deep state, colluding media and big tech brings back the ‘rule of law‘ to America.

If the Times had simply given us a fact-based story about how doctors and scientists have known for years of the dangers of wireless radiation and its effects upon the human bodies rather than immediately shifting to the ‘blame Russia‘ angle that we’ve been hearing over and over and over again from the msm for the past 2+ years. Don’t these people learn anything when such a tired old excuse as ‘blame Russia‘ continues to blow up in their own faces?

So we’ll take a look within the remainder of this story at the proven negative health effects of 5G networks while looking at the photographs within this story, artists conceptions of what our world might look like if we could see wireless radiation. And in the 2nd video at the bottom of this story, our videographer let’s us hear what 5G would sound like.

With many Democrats and Republicans united on the dangers of 5G as none of us, nor the plants nor animals nor insects of our planet are immune to it, we found this top rated comment on this recent video about the US Senate Judiciary Committee holding hearings to examine ‘5G security‘ to be spot on. Nobody cares about ‘5G security‘ when it’s frying us.

Jacob Cavalier – 5g has no place in this lifetime….it is harmful to everything on planet earth……..I am a Republican and I completely disagree 100% with these people………

Jeanie Delgado – 5 G is a killer! US citizens do not want it!!! period! China is sterilizing their citizens with 5 G! Let them! There would be no security just more corruption from them and the corrupt people trying to bring down this current administration! Why didn’t Feinstein ask about the destruction of human, animal and plant life from 5 G or is it all about $$$$$$$!

(If you appreciate censored news stories like this, please consider donating to ANP to help keep stories such as this online.) 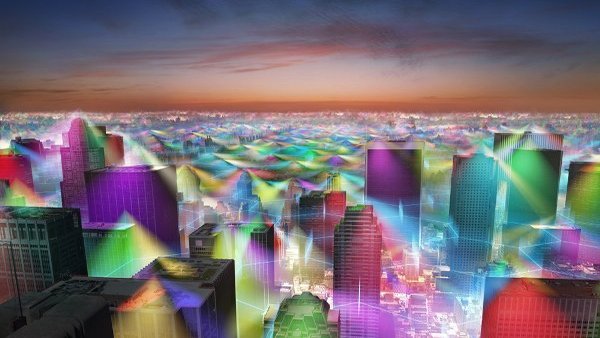 And since the ‘Gray Lady‘ NY Times is going after RT for correctly reporting upon the negative health effects of 5G and wireless radiation, claiming it’s ‘Russia‘ sowing ‘economic warfare‘, they clearly haven’t been paying attention to ANP where we’ve been reporting upon 5G’s dangers going back several years.


And specifically in this July 26th of 2018 story on ANP titled “CBS News Admits, 5G Is Already Causing Staggering Health Problems: ‘A Health Calamity Unlike Anything America Has Ever Seen Before Is Waiting And Could Happen Fast’“ we’d reported that back on May 29th of 2018, CBS Sacramento reported that major health risk questions have been raised about the roll out of 5G just months before Sacramento officially launches 5G services. Why did the NY Times story ignore these facts? From CBS Sacramento.:

Research has been done on the effects of cell radiation but it has been inconsistent. According to the National Cancer Institute, “A limited number of studies have shown some evidence of statistical association of cell phone use and brain tumor risks, but most studies have found no association.”

Firefighters in San Francisco have reported memory problems and confusion after cell phone towers were installed outside of fire stations. The firefighters claim the symptoms stopped when they relocated to stations without equipment nearby.

While supporters and ‘pushers‘ of 5G technology claim that it is safe, the International Association of Firefighters disagrees. Why the NY Times story ignored this January of 2018 CBS San Francisco story is easy to see. Are they pushing an agenda?

“These firefighters developed symptoms,” says Dr. Gunnar Heuser who conducted a pilot study on firefighters at a station with cell towers.

Heuser says their brain scans suggest even low-level RF can cause cell damage and he worries about more vulnerable groups like kids. “We found abnormal brain function in all of the firefighters we examined,” Heuser said.

This July of 2018 story story from Hidden Knowledge TV was much more detailed.

Firefighters in California counties from San Francisco to Sacramento to Los Angeles, have reported severe neurological damage, headaches, insomnia, memory problems and confusion after 5G towers were installed outside their stations. When tested, they were found to have brain abnormalities and measurable neurological deficits and firefighters have now filed to be exempt from the California law that would enforce the installment of 5G towers near their places of work.

When their fire stations were relocated away from 5G transmitters, firefighters claimed their symptoms stopped.