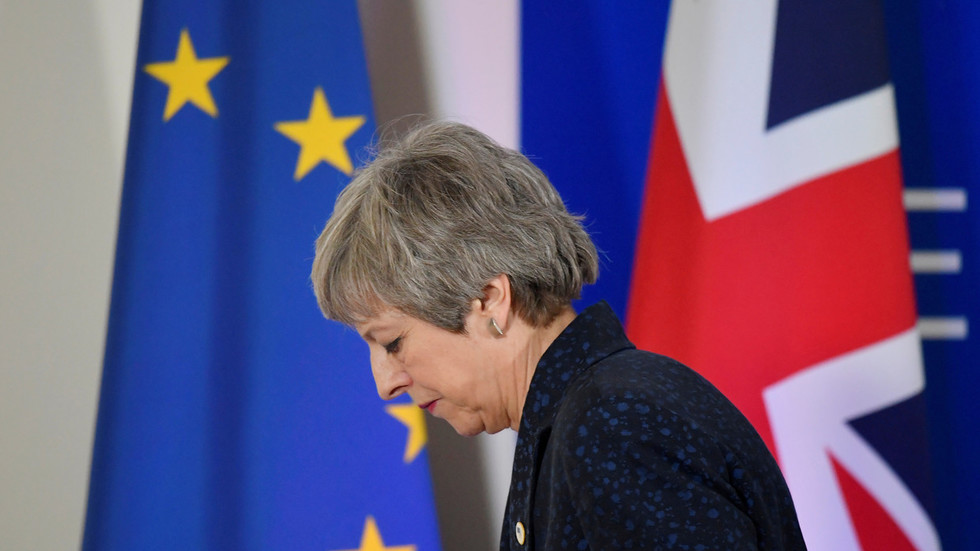 UK Prime Minister Theresa May could announce her resignation from the office on Friday after a cabinet mutiny and another high-profile resignation over her Brexit plan, the Times has reported.

Rumours about May’s doomed premiership have long circulated but they have intensified in recent days after members of her cabinet turned on her, following May’s offer of a potential second referendum on Brexit.

On Wednesday, Andrea Leadsom, head of the House of Commons and prominent Leave campaigner, delivered a fresh blow to the PM by resigning from her position after announcing her fundamental disagreement with May’s stance on Brexit.

So far Theresa May has managed to resist the mounting pressure on her crumbling leadership, saying that as long as she is in charge, it is her “duty” to try to get her Brexit deal through parliament. However her new proposal was met with a massive backlash even from those who supported her before.

With the Conservative party facing a wipeout in Thursday’s European Parliament elections, the PM is under severe pressure to leave. If May announces she’s stepping down on Friday, she will remain Prime Minister while her successor is being chosen, according to the Times.