Now that the two year long Special Counsel investigation into the 2016 election is over, Attorney General Bill Barr has serious questions about how the investigation got started in the first place and whether spying on the Trump campaign was illegally conducted by the CIA, DNI and FBI.

For weeks, U.S. Attorney John Durham has been looking into the situation. Now that the microscope has turned to the heads of U.S. intelligence agencies during the Obama administration, things are getting quite uncomfortable for former FBI Director James Comey, former Director of National Intelligence James Clapper and former CIA Director John Brennan.

As a result, they’re already turning on each other and doing their best to get ahead of an investigative report from Department of Justice Inspector General Michael Horowitz.

For example, Comey and Brennan are at each others throats over who pushed the dossier.

Amazing—James Comey says that in 2016, John Brennan insisted on including the dossier in their IC assessment. But Brennan says: no no, COMEY wanted to use the dossier.

They know the truth is coming. And now they’re all throwing each other under the bus.https://t.co/lComh1CO0d

More on that from Fox News:

A high-level dispute over which senior government officials pushed the unverified Steele dossier amid efforts to surveil the Trump campaign has broken out into the open again, after it emerged that Attorney General William Barr appointed a U.S. attorney to examine the origins of the Russia investigation and determine if the FBI and DOJ’s actions were “lawful and appropriate.”

Former top FBI attorney Jim Baker had this to say about Comey:

Senior FBI officials were concerned then director James Comey would appear to be blackmailing then President-elect Trump – using tactics notoriously associated with J.Edgar Hoover – when he attended a fateful Jan. 6, 2017, meeting at which he informed the real estate magnate about allegations he had consorted with prostitutes in Moscow, according to Jim Baker, the bureau’s chief counsel at the time.

“We were quite worried about the Hoover analogies, and we were determined not to have such a disaster happen on our watch,” said Jim Baker, then the FBI’s top lawyer in an interview with the Yahoo News podcast Skullduggery.

Meanwhile Clapper thinks the country should just move on.

Now that they’ve been caught using the power of the federal government to go after political opponents, it’s no surprise they’re 1) calling for America to move on 2) going after each other to avoid responsibility. 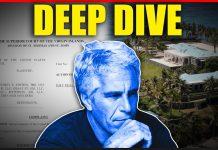