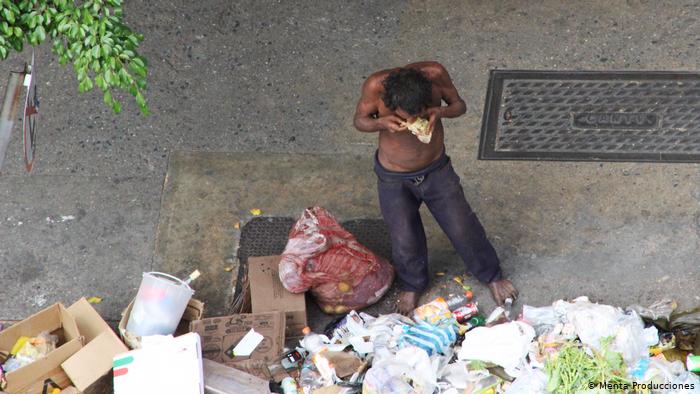 With the Democrat party being taken over by their communist/socialist factions, where far left, liberal party leaders are hard pressed to generate the same type of coverage as their louder, socialist and communist-like members with their “free stuff” for all, and the Green New Deal and Medicare for all hype, it is imperative that we look at what is happening in Cuba, North Korea and Venezuela.

To see the direction and results of those types of policies, and how quickly a nation can go from thriving to barely surviving.

VENEZUELA: FROM RICHEST COUNTRY IN SOUTH AMERICA TO COLLAPSE

Too many Americans seem to think that for a thriving nation to reach the status of  crisis, suffering from shortages of food, medical supplies and basics including toilet paper, it would take decades of failed policies, but Venezuela teaches us that a nation considered to be the “richest nation in South America” can fall so hard and so fast that in a matter just a few short years, they are in full crisis mode.

The political unrest in Venezuela aside, in 2014 Venezuela was considered one of Latin America’s fastest-rising economies, as shown the screen shot graph below from the World Bank group. 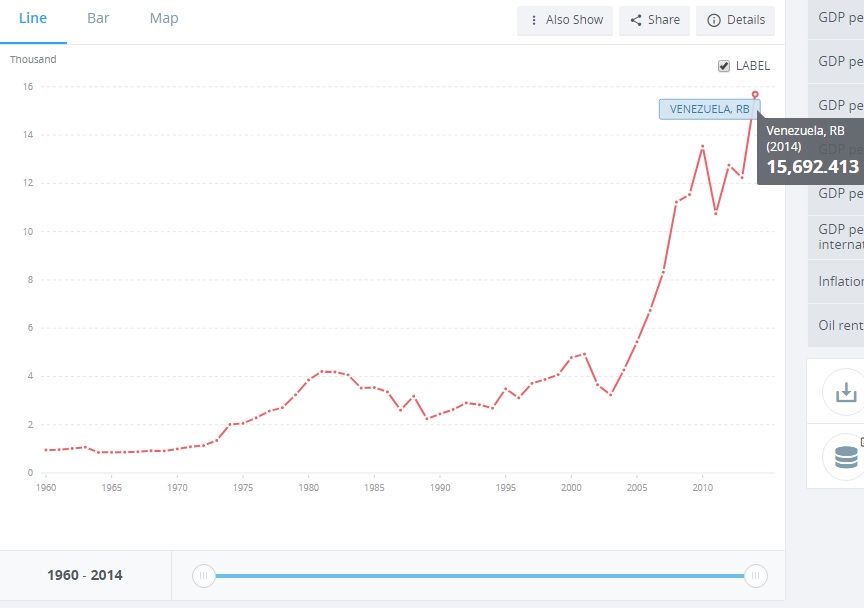 It was that very same year, 2014, that Venezuela’s collapse began, via History.com:

But starting in 2014, the South American nation began suffering a startling collapse. With Venezuela’s gross domestic product plummeting even more than the United States during the Great Depression, many of its nearly 32 million inhabitants became unable to afford food, and resource-starved hospitals did not have enough soap and antibiotics.

That is how fast a thriving nation can start collapsing.

Note – While many of the blame America first crowd claims their troubles began when the U.S. sanctioned them, so it is Americas fault, that is a revisionist history, because the first sanctions against Venezuela were announced against individual persons, not the nation as a whole, and that wasn’t until the end of 2014, after the catastrophic collapse had already begun.

How does a thriving nation collapse that fast? In 1998 Hugo Chavez was elected and over the next decade went on a massive “social spending” spree, redirecting oil profits “To finance educational, health, food, and housing programs for a population of over 30 million, the government redirected oil profits to address pressing social inequality,” according to  Miguel R. Tinker Salas, professor of Latin American studies and history at Pomona College in California.

Venezuela’s populace is now facing massive food shortages, and forced to barter goods because of cash shortages. Toilet paper, medicines, food, water… you name it, and poor Venezuelans are going without.

The similarities between what Chavez did and Venezuela’s collapse and what we see present day Democrat communists and socialists proposing are concerning.

Democrat presidential hopeful Elizabeth Warren is proposing canceling out all student debt and free college! All the Democrat hopefuls are pushing for some version of “Medicare for all,” and universal healthcare, which sounds great on paper, but nothing is free, despite their claims of it being financially viable for any nation to give everything away for free.

I could go on all day showing how closely aligned Democrats are with the exact same “social spending” that destroyed Venezuela, so anyone that thinks it “can’t happen here,” is burying their heads in the sand. 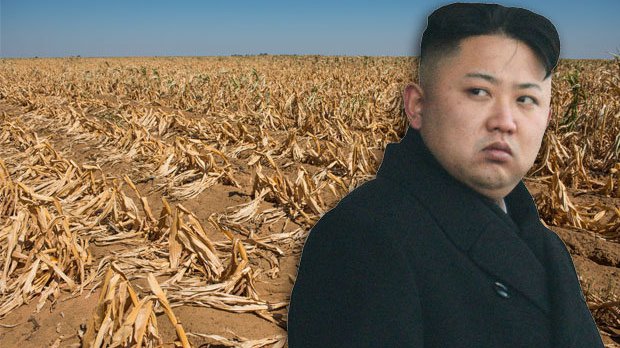 North Korea is another country where we see what massive flooding and other weather related events can do to a nation’s crops. The reason for the parallel is the U.S. is now preparing for massive price hikes and certain food shortages due to the massive flooding in the Midwest.

Last year, the USDA made $12 billion in aid available to farmers who suffered trade-war losses, but there is no program to cover the catastrophic and largely uninsured stored-crop losses from the widespread flooding.

Nebraska’s Gov. Pete Ricketts has estimated the losses to the agricultural sector alone at $1 billion. However, the damage doesn’t stop there. States such as Missouri, South Dakota, Wisconsin and Iowa were also greatly impacted.

AccuWeather estimated the total damage and economic loss caused by record-breaking flooding in the midwestern U.S. this spring will total $12.5 billion, based on an analysis of damages already inflicted and those expected by additional flooding, as well as the lingering health effects resulting from flooding and the disease caused by standing water.

Farmers incomes are plummeting, some suffering up to a two month delay in planting, and Americans are bracing for a “shock surge in every day food prices.” (H/T Steve Quayle Archives)

While America has far more resources available than North Korea does, seeing North Korea implement a rationing mandate of just 11 ounces for food a day, with some families only consuming much-needed protein a few times a year, highlights the importance of stocking up on protein rich foods, whether it is a little at a time, via rice and beans, or bulk purchases of protein rich emergency food supplies, such as powdered eggs, cheeses, and meats like ground beef or chicken.