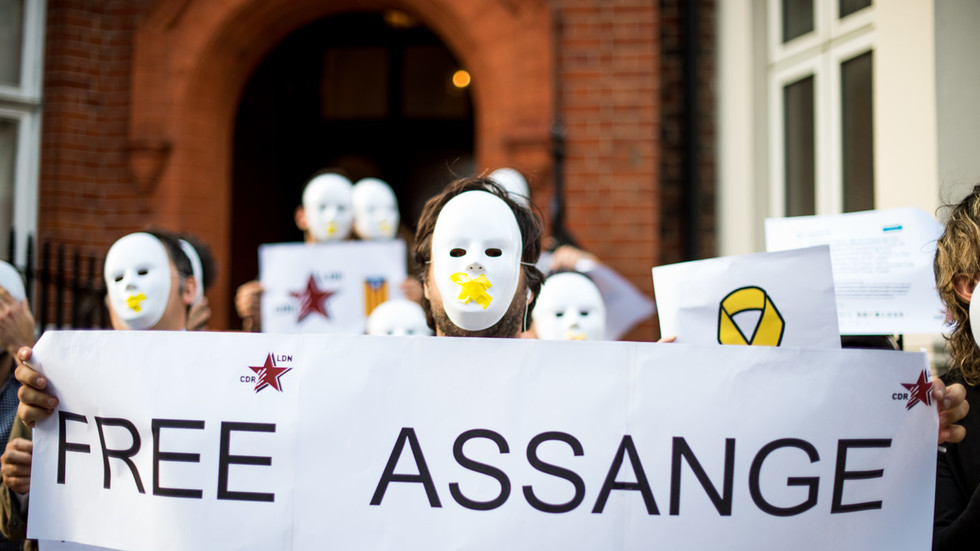 The arrest of WikiLeaks co-founder Julian Assange has re-ignited speculation about the so-called “insurance” – large encrypted files uploaded by the website. What they are and when they will be opened is still unknown.

Assange’s seven-year exile ended on Thursday, when the Metropolitan Police dragged the publisher out of the Ecuadorian Embassy in London. While his fate is in limbo, even more uncertainty surrounds the WikiLeaks “insurance” files – believed by some to be the website’s “dead man’s switch” option: a massive encrypted data dump whose decryption keys will be revealed in case Assange gets arrested or killed, or WikiLeaks gets taken down for good.

Now that Assange is in custody, speculation has swirled that the keys are about to be made public – but nothing has happened so far.

Me over here waiting for Assange’s Kill Switch pic.twitter.com/fhp6hN1A1u

I don't know… But I do know Assange said in both interviews with Hannity. That if he was arrested people would immediately release certain emails and documents that he had a "kill switch" for. So far nothing.

The very first file of this type appeared back in July 2010 on the Afghan War Diary page. The encrypted file is strikingly large – larger than all the previous entries of the diary combined.

“If anything happens to Assange or the website, a key will go out to unlock the files. There would then be no way to stop the information from spreading like wildfire because so many people already have copies,” CBS correspondent Declan McCullagh said back then.

MORE ON THE TRANSHUMANIST NANO-COVID AGENDA