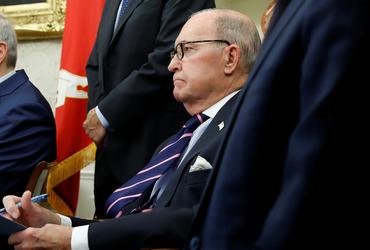 In a special briefing for the Christian Science Monitor, President Trump’s top economic adviser Larry Kudlow revealed that the administration is already working with banks internationally in plans to greatly increase US investment in Venezuela if there is a regime change.

President Trump has demanded immediate regime change, with Venezuela’s president to be replaced by their opposition leader, who is seen as more pro-US. Kudlow says there is a “Day Two” plan to see huge influxes of cash if and when that happens.

This is in keeping with the Trump Administration’s belief that it can effectively shut down the economy of a disobedient nation, and then miraculously turn things around at a moment’s notice once they comply.

Whether the US can actually revive Venezuela’s long-suffering economy with a single round of investment, even government-approved investment, is unclear. Since this is the carrot the US is dangling in diplomatic operations with nations like North Korea, a failure could hurt the US negotiating position.

Unless the US stops printing money, the dollar will collapse