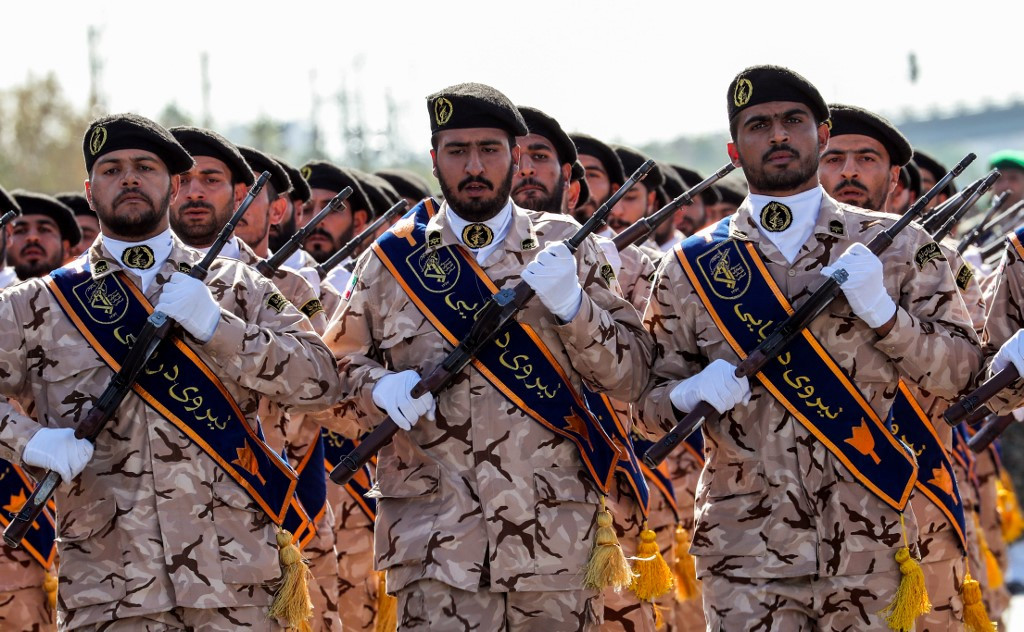 The United States will designate Iran’s Revolutionary Guards as a terrorist organisation, an unprecedented move that will ramp up pressure on the elite force, The Wall Street Journal reported on Friday.

The newspaper, citing unidentified officials, said President Donald Trump’s administration will announce the decision as soon as Monday and that concerned defence officials were bracing for the impact.

The officials told the WSJ that Secretary of State Mike Pompeo and White House National Security Adviser John Bolton, who have repeatedly railed against Iran, are strong proponents of the designation.

Still, senior military officials, including Marine General Joe Dunford, chairman of the Joint Chiefs of Staff, have expressed reservations about it on the grounds that it would have little impact on Iran’s economy while increasing security risks for US troops abroad, the sources said.

A former State Department official cautioned against the move.

“The designation of IRGC as a Foreign Terrorist Organization is precedent setting. Never before has the FTO sanctions tool been directed at a state-body. The future ramifications of this decision will be profound,” Jason Blazakis, the former Counterterrorism Finance and Designations Office director, told the WSJ.

The Islamic Revolutionary Guards Corps was formed after Iran’s 1979 revolution with a mission to defend the government, in contrast to more traditional military units that protect borders.

The Revolutionary Guards have amassed power within Iran, including holding significant economic interests.

The Guards’ prized unit is the Quds Force, named for the Arabic word for Jerusalem, which supports forces allied with Iran around the region, including Syrian President Bashar al-Assad and Lebanon’s Hezbollah.

The Trump administration has already imposed sweeping sanctions on Iran after withdrawing last year from an international agreement under which Tehran drastically scaled back its nuclear programme.