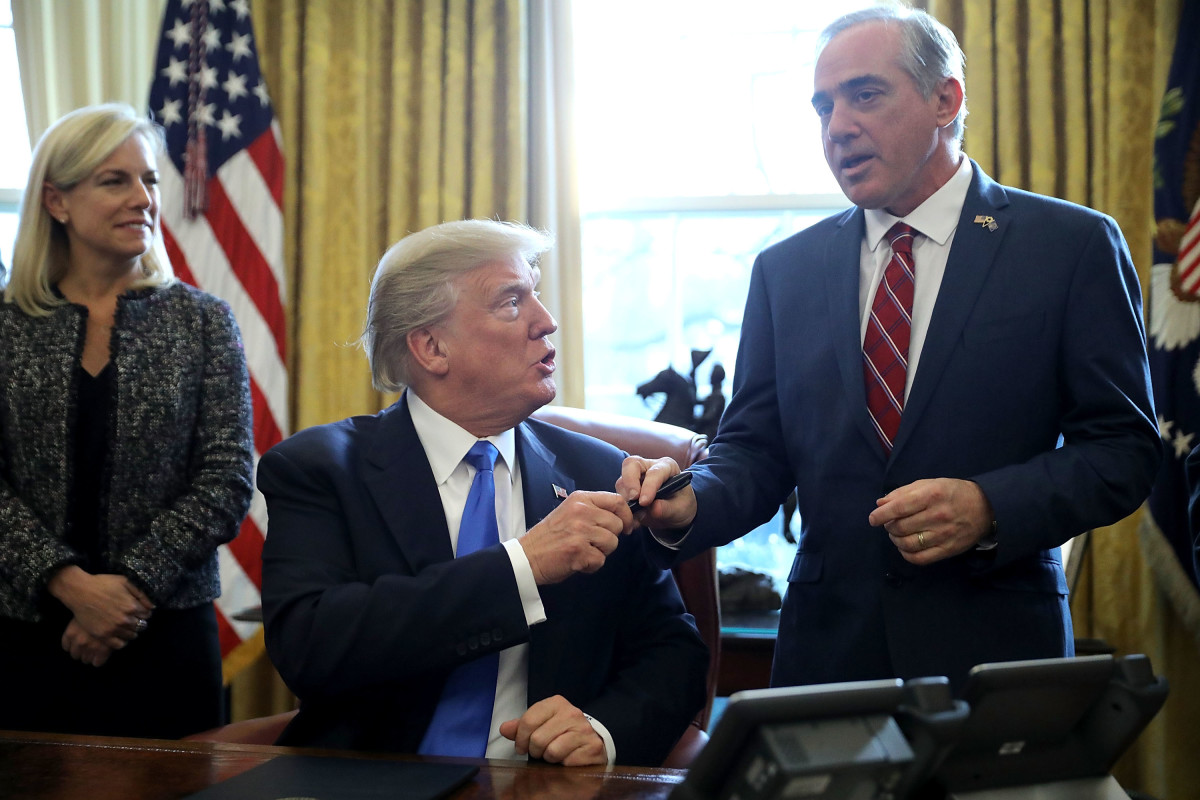 After years of the government blowing off concerns about an electromagnetic pulse, President Trump has signed an executive order that will put EMP preparedness in the hands of the White House.

What’s in the executive order?

The Executive Order on Coordinating National Resilience to Electromagnetic Pulses is a first step toward learning more about how an EMP would affect us and how to protect critical infrastructure.

An electromagnetic pulse (EMP) has the potential to disrupt, degrade, and damage technology and critical infrastructure systems.  Human-made or naturally occurring EMPs can affect large geographic areas, disrupting elements critical to the Nation’s security and economic prosperity, and could adversely affect global commerce and stability.  The Federal Government must foster sustainable, efficient, and cost-effective approaches to improving the Nation’s resilience to the effects of EMPs. (source)

The Order outlines the responsibilities of specific offices to help get the country ready for a threat to the grid and sets up a 4-year plan.

It is the policy of the United States to prepare for the effects of EMPs through targeted approaches that coordinate whole-of-government activities and encourage private-sector engagement.  The Federal Government must provide warning of an impending EMP; protect against, respond to, and recover from the effects of an EMP through public and private engagement, planning, and investment; and prevent adversarial events through deterrence, defense, and nuclear nonproliferation efforts.  To achieve these goals, the Federal Government shall engage in risk-informed planning, prioritize research and development (R&D) to address the needs of critical infrastructure stakeholders, and, for adversarial threats, consult Intelligence Community assessments.

(b)  To implement the actions directed in this order, the Federal Government shall promote collaboration and facilitate information sharing, including the sharing of threat and vulnerability assessments, among executive departments and agencies (agencies), the owners and operators of critical infrastructure, and other relevant stakeholders, as appropriate.  The Federal Government shall also provide incentives, as appropriate, to private-sector partners to encourage innovation that strengthens critical infrastructure against the effects of EMPs through the development and implementation of best practices, regulations, and appropriate guidance.

Sec. 4.  Coordination.  (a)  The Assistant to the President for National Security Affairs (APNSA), through National Security Council staff and in consultation with the Director of the Office of Science and Technology Policy (OSTP), shall coordinate the development and implementation of executive branch actions to assess, prioritize, and manage the risks of EMPs.  The APNSA shall, on an annual basis, submit a report to the President summarizing progress on the implementation of this order, identifying gaps in capability, and recommending how to address those gaps. (source)

In 2017, those in the know were aghast when the EMP Commission was defunded by Congress.

What is an EMP?

If you’re not familiar with the term “EMP” you’re in for a shocking awakening. An electromagnetic pulse is one of the biggest threats out there against our well-being.  Back in 2008, the EMP Commission warned of the extreme consequences and experts concluded that 9 out of 10 Americans could be dead within a year of such an event.

So what is it?

An electromagnetic pulse (EMP) is a high-frequency burst of electromagnetic energy caused by the rapid acceleration of changed particles. A catastrophic EMP would cause the collapse of critical civilian infrastructures such as the power grid, telecommunications, transportation, banking, finance, food and water systems across the entire continental United States—infrastructures that are vital to the sustenance of our modern society and the survival of its citizens.

An EMP event can occur naturally from a great geomagnetic storm, or it can be man-made through the use of a single, crude nuclear weapon delivered by a primitive missile, and the effects would be virtually identical. (source)

With the possibility of an EMP from either our enemies and our sun, it’s definitely an existential threat to which you should pay attention.

The havoc that such an event would cause is pretty difficult to imagine – and even worse, we don’t actually know how bad it would be. One Second After, a fictionalized tale of an EMP, has turned many a person into a prepper.

Some say that talk of an EMP is exaggerated. Others don’t.

After the Congressional report came out in 2017 about the risk of an EMP from North Korea, many mainstream outlets took to the airwaves to convince the public that it was overblown, if not a total hoax.

I asked my friend, Dr. Arthur T. Bradley about his thoughts on whether an EMP was a legitimate threat or a gigantic hoax. Dr. Bradley is an electrical engineer at NASA and has done a lot of scholarly research on the possibilities of EMP and space weather events. He’s a prolific author and his book Disaster Preparedness for EMP Attacks and Solar Storms is a classic that belongs on every prepper’s bookshelf. (Find all of his books here.) Needless to say, Dr. Bradley is a pro and knows that of which he speaks.

To address whether or not an EMP is a scam, we should first ask what it is we’re wanting to deny. An EMP is simply a broadband electromagnetic pulse. Such a pulse can be created by the sudden release of energy, such as a spark gap or on a larger scale, a bolt of lightning. Likewise, a very large explosion can release an EMP due to gamma rays ionizing nearby air molecules. EMPs from these events are well understood, and there are countless technical papers addressing the phenomenon. Even without expert confirmation, most people have experienced the phenomenon when their radio, phone, or TV suddenly “pops” when a bolt of lightning strikes nearby. Simply put, to say that “EMP is a scam” is to deny science.

The real question at hand is are the effects of a nuclear-generated EMP really as significant as people claim. The short answer to that is no one knows for sure. The US government observed EMPs during nuclear testing in the 60’s, such as during the Starfish experiments, and it was identified as a possible weapon to disrupt an enemy’s infrastructures. The Russians also did extensive EMP testing during the same period, including the Soviet Test 184 in 1962 that caused extensive damage on the ground, including destroying the Karaganda power plant.

The US Air Force later built a very large $60 million wooden structure, known as ATLAS-I (aka Trestle), to study how best to harden systems against an EMP. More recently, the government commissioned a group of technical experts to assess the nation’s vulnerabilities to such an attack.

This council was known as the EMP Commission and issued a Critical National Infrastructures Report in April of 2008. In it, the commission discussed in detail how the nation’s critical infrastructures and citizens could be disrupted by a high-altitude nuclear-generated EMP, and the feasibility of hardening military and civilian systems. The EMP Commission was later reestablished in 2006 to make specific recommendations on reducing our susceptibilities.

Their conclusion was that an EMP “has the capability to produce significant damage to critical infrastructures that support the fabric of U.S. society and the ability of the United States and Western nations to project influence and military power,” and “damage to or loss of these components could leave significant parts of the electric power grid out of service for months to a year or more.” The loss of electricity would lead to the subsequent disruption of every other infrastructure, including food and water distribution, telecommunications, banking, transportation, emergency services, government, and energy production.

Whether or not the commission’s assessments would prove accurate is impossible to say, since no country has ever suffered a wide-scale EMP attack. What can be said is that a group of highly-trained experts commissioned by the government came to some very dire conclusions about the effects of an EMP attack.

In fact, there have been several EMPs of which we know.

While some folks want to wave off concerns, there’s some history that tells is the warnings may not be exaggerated. In this in-depth article that discusses exactly what an EMP is, the author shared four examples. 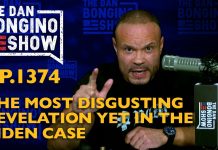 Ep. 1374 The Most Disgusting Revelation Yet in the Biden Case – The Dan Bongino Show®