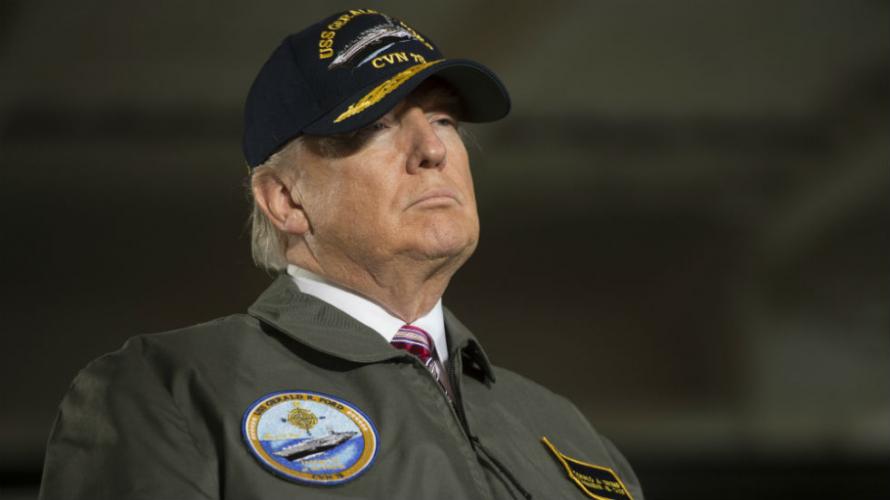 Once it became crystal clear that the Deep State operatives loyal to Barack Obama and to the preservation of the Washington political establishment had conspired against POTUS Donald Trump in an unprecedented attempt to remove him from office, we began using the “T” word to describe their behavior.

“T” as in treason. What else do you call it when members of your own government secretly plot to overthrow you?

But up to now, only this publication and precious few others dared to use the T-word to describe the actions of James Comey, Peter Strzok, Lisa Page, Andrew McCabe, Bruce Ohr, Loretta Lynch, James Clapper, John Brennan, and even President Obama himself in launching “Spygate.”

That has changed. POTUS Trump himself has now used the word in an interview with reporters at the White House on Tuesday.

During a meeting with NATO Secretary General Jens Stoltenberg, the president was asked what he thought about the recently-released report from special counsel Robert Mueller, who cleared him of “Russian collusion” allegations (because it was always a hoax devised by Obama, Comey, et. al).

As The Gateway Pundit reported, POTUS addressed the issue for about six minutes, hitting, especially, Democrats who remain in denial after Mueller’s findings, continuing to insist — at risk to our country’s political stability — that the president did ‘collude.’

At the end of his remarks, the president declared, “People did things that were very, very bad for our country and very, very illegal. And you can even say treasonous.”

Trump also lashed out at Democrats who are now demanding that, after two years of this witch hunt, the entire Mueller report should be released in full, unredacted — which violates the law and current Justice Department policies especially because doing so could expose untold numbers of people to embarrassing invasions of their privacy. (Related: Blatant TREASON: FBI’s probe of President Trump after he fired crooked James Comey was an obvious COUP attempt.)

Trump has now used the word so its time for prosecutions

“It’s a disgrace,” the president said, adding that he has “total respect” for Attorney General William Barr, who must now decide what portions of the report to release and in what form.

“Anything we give [Democrats] will never be enough,” POTUS continued. “It’s a 400-page report, right? We could give them 800 pages and it wouldn’t be enough.”

Trump noted that the Spygate “plot” has actually gone on longer than two years, adding that it’s been percolating in various forces since he “came down the escalator” at Trump Tower in New York City in June 2015 to announce his candidacy. He also mentioned the “insurance policy” discussed by Page, Strzok, and McCabe, which testimony has indicated was the plot to oust Trump in case he beat Hillary Clinton.

A reporter, off-camera, actually brought up a good point: He noted that back in the 1990s, Rep. Jerrold Nadler (D-N.Y.), who is now chairman of the House Oversight Committee, was opposed to the unredacted release of then-independent Counsel Kenneth Starr’s report on the various scandals involving Bill and Hillary Clinton — but now he says the full Mueller report should be released.

Trump then noted that Nadler, House Intelligence Committee chair Adam Schiff (D-Calif.), and other Democrats were “disappointed” by the Mueller report, but he added:

I guarantee you they go into a room, between Nadler, Schiff and the group, and they laugh like hell at how they kept this thing going for two years. They laugh like hell. And I hope that this investigation now, which is finished…I hope they now go and take a look at the origins [of the Mueller probe]…where it started, how it started, who started it…whether it’s McCabe or Comey or a lot of them…how high up in the White House did it go…