In the two weeks since special counsel Robert Mueller submitted his report to Attorney General William Barr, concluding that there was no conspiring or coordination between the Trump 2016 campaign and Russia to interfere in the 2016 presidential election, democrats and the liberal media have lost their ever loving minds.

Below we see we have entered another week of what has become an insane nation.

A variety of headlines and articles have caught my eye, showing that since the Mueller report was issued, liberals, Democrats and the media are literally going nuts. Just a small sample of the “news” items we’ll discuss here includes: CNN’s  Christiane Amanpour suggested in an interview with disgraced former FBI director James Comey that the FBI or other U.S. law enforcement agencies should have stepped in and prevented Donald Trump supporters in 2016 from chanting “lock her up.”

Amanpour asked Comey straight out, “Of course, ‘lock her up’ was a feature of the 2016 Trump campaign,” then she continued on to ask “Do you, in retrospect, wish that people like yourself, the head of the FBI, the people in charge of law and order, had shut down that language,” in reference to the lock her up chants, continuing to say “that it was dangerous potentially, that it could have created violence, that it’s kind of hate speech? Should that have been allowed?”

To Comey’s credit, he informed her “That’s not a role for government to play. The beauty of this country is people can say what they want, even if it’s misleading and it’s demagoguery.”

For CNN to even allow an anchor, host or pundit to even suggest that free speech be criminalized, in America, by attempting to push her opinion on their viewers as to what what ‘hate speech” should be defined as, shows just how far they have fallen and explains their tanking ratings.

Long story short, a reporter, Diana Falzone took to The New Yorker to claim  Fox News executive Ken LaCorte shelved her story to protect President Trump. Immediately after that story was published, LaCorte took to the website MediaIte and explained his reasoning for spiking the story, claiming there wasn’t enough proof, and that he, and other news outlets did not report the story at the time because of that reason.

Daniels and her associates were playing a bizarre cat-and-mouse game with Fox News and other outlets, trying to get their story out without fingerprints and, ultimately, without enough proof to publish.

We and others practiced solid journalism. Now, that’s being spun in an effort to prove the opposite.

Now House Committee on Oversight and Reform chair Rep. Elijah Cummings is demanding Falzone hand over any documents relating to Trump’s alleged extramarital affairs, in an apparent attempt to get personal dirt on the President. According to the Breitbart piece, with those documents he is requesting information that might be used to review Fox News’ editorial decisions., under the false claim that “Fox News may have violated campaign finance rules if it tried to help Trump by suppressing the Daniels story. ”

I call it a false claim because Cummings is not going after any other outlet that punted on Daniel’s story for lack of proof, he is just attacking Fox News.

While Falzone will cooperate with the Democrats in the House, LaCorte is refusing to comply, stating “Falzone’s lawyer announced that she would comply with the committee. I won’t.”

If House Oversight can launch an investigation based on the ridiculous notion that publishing, or even more bizarrely not publishing, a story can be construed as an in-kind campaign contribution, then no journalist in America is safe from government intimidation. It’s a vast overreach of power, and I won’t have any part of it.

To be clear, I fully support Fox News lifting Falzone’s non-disclosure agreement so that she can make her case publicly, without leaks or lawyers. But neither editorial decisions nor joke writing should be a subject of government approval.

As House socialists aka democrats are going after fox News, their media machines are also attacking Fox News, specifically CNN is going after Tucker Carlson’s show and his advertisers, sometimes overtly, other times by “concern trolling,” in order to attack.

CNN’s promotional on April 2, 2019, stated “Over the last month, Tucker Carlson’s commercial breaks have had only a smattering of ads from lesser-known brands. It might be a new normal for the Fox News host, who has endured ad boycott campaigns since he made racist remarks on immigrants in December.”

Notice how they have decided they get to define what is or is not “racist,” when in reality Tucker simply highlighted the damage illegal immigration was doing to the nation. 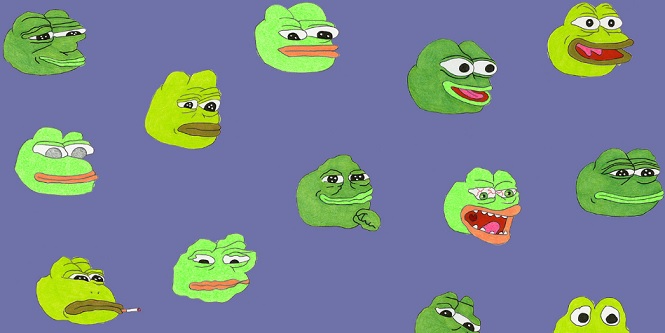 This one is added because I have a real problem with the media declaring something is a “white power” symbol, when in reality Internet trolls basically commandeer an image or a sign/symbol, then all of a sudden anyone else that uses it is labeled a racist or white supremacist.

I noted some headlines, all saying “White power’ symbol found after fire destroys social justice center that hosted Rosa Parks, MLK Jr.” Of course they don’t show us, or tell us what the supposed “white power” symbol is, and while the investigation is still ongoing, there is yet to be any proof that anyone that is part of some “white power” group actually left it, or if this is yet another attempt to frame “whites” for doing something… in another words a hoax, like the recent Jussie Smollett saga.

Reports are trying to tie this “white power symbol into an “increase” in crime related to “white nationalism,” just as they did with the Smollett hate crime hoax, without even waiting for a completed investigation.