The current stock market is the most dangerous stock market I have seen in my 34+ year career as a financial markets professional. This includes 1987, 1999-2000 and 2007-2008. The run-up in stocks has been largely a product of momentum-chasing hedge fund algos on behalf of the large universe of sophisticated hedge funds which are desperate for performance. In the context of the obviously deteriorating economic fundamentals, the performance-chasing game has become a combination of FOMO – “fear of missing out” – and the Greater Fool Theory – praying someone else will pay more for the stock than you just paid. There’s also likely some official intervention going on as well per the chart below.

Most, if not all, of you are aware of the degree to which the Trump Administration – primarily The Donald and Larry Kudlow – are using the ongoing the trade negotiations to issue opportunistic headline statements about the progress of a potential deal at times when the market appears ready to drop off a cliff and for which Trump’s advisors know the hedge fund fund algos will respond positively. This chart shows this “positive trade war news” effect (from Northman Trader w/my edits):

The problem with relying on this device is that eventually the market will fatigue of “false-positive” news releases and revert to bona-fide price-discovery.

To see an example of the algos’ response to a headline report and the subsequent “price-discovery” action, let’s examine the release of Bed Bath and Beyond’s (BBBY – $17.99) earnings. BBBY announced its Q4 2018 earnings on Wednesday this past week after the close:

The initial headlines reported an earnings “beat.” The algos drove the stock from its $19.40 closing price to as high as $21.27 on those headlines. But in the real world, the details of BBBY’s financial statements showed that sales declined both in Q4 vs Q4 2018 and for the full-year 2018 vs 2017. Even adding back the large impairment charge which BBBY took in Q4 this year, operating income was still down 37% vs Q4 2017. The stock closed Wednesday’s extended hours trading session 18% below the headline-driven high-tick. This is what happens when reality gets its claws into the market.

The best example of the Greater Fool Theory right now is the semiconductor sector. Semiconductors are “hyper” cyclical. The companies mint money in a strong economy and come close to hemorrhaging to death in recessions. The SMH ETF has gone up 55% since the Fed/Trump began re-inflating the stock bubble. Some individual stocks have nearly doubled.

I’m sorry I missed the opportunity to get long this sector on December 26th. But, given that the move up has been in complete defiance of the actual industry fundamentals, would I have held onto a long position until today? Probably not. The momentum-junkies have been chasing the sector higher with fury based on the faith in the “second-half of 2019” recovery narrative currently preached by CEO’s who have to deliver bad results in Q1 and take a chain-saw to guidance for 2Q. But the message is: “trust me, there’s a huge recovery coming in Q3”

Semiconductor CEO’s are notorious for rose-colored forecasts for the market out in the future. Interestingly, a German wafer manufacturer issued stern, if not refreshingly honest, guidance for 2019 when it said that previous guidance was “under the condition that order intake would need to revive meaningfully in the second half of 2019.” The Company went on to explain that “because of the general economic slowdown and geopolitical uncertainties as well as ongoing inventory corrections in the whole value chain, the timing of a market rebound is not visible.”

Wafers are the building block for semiconductors and integrate circuits. Siltronic is a leading global wafer manufacturer. If Siltronic is seeing a meaningful decline in wafer orders, it means the companies that make the semiconductors and integrated circuits are flush with inventory that reflects lack of demand from companies that use chips to manufacture the end-user products. 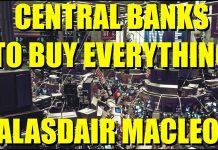 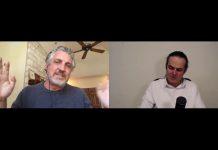 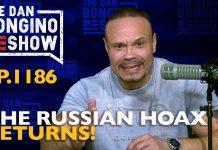