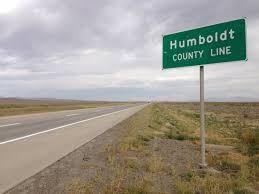 This article is both part-informative and in part will serve as a Public Service Announcement (PSA) for the drinking water in the San Francisco, Sacramento and the Central Valley region of California. Presently, along Marilyn Rupar, we are investigating the criminal enterprise empire involving key, the Sinoloa drug cartel, the stand-down of law enforcement and the direct and peripheral involvement of key American politicians in and around the Humboldt County area. Make certain you listen to this Sunday’s broadcast for exclusive revelations with regard to our preliminary findings in this new form of criminal enterprise involving border crime and its penetration deep into the United States. The involvement of key politicians in border crime (eg Pelosi, Feinstein, Harris) goes along way towards explaining why the Democrats are so eager to keep our southern border wide open. However, as we were researching, we made a stunning discovery that could potentially impact the safety of the drinking water for millions of people in California. This fact is known by both the state and federal authorities and to this date, nothing is being done about it. The documentation is omnipresent, and in some cases, the documentation comes directly from the government itself.

The Sinoloa Drug Cartel and Their Dangerous Chemicals

Quite some time ago, the Sinoloa drug cartel took up shop in Humboldt County, CA. Today, they are controlling much of the marijuana trafficking from a region that is now often referred to as the Emerald Triangle. They engage in illegal water diversion to irrigate their crops courtesy of Nancy and Paul Pelosi. They have trouble with rodents and small animals eating through the PVC piping. Subsequently, the Sinoloas spread and extreme toxin on the perimeter of their property to kill all-would-be invaders that would destroy their PVC piping. The United States Forest Service has become aware of this practice because of the threat to both the drinking water for millions of Californians as well as the dramatic effect this can have on the food chain.

The US Forest Service has made the following assertions regarding this threat to public safety and welfare:

Twenty years ago the people who planted and tended the illegal pot farms
were poor farmers from Mexico,” said Craig Thompson, a research wildlife ecologist with the U.S. Forest
Service. “Today international drug organizations bring in people from Russia and Asia and other places.
They don’t’ have a farming background, it’s strictly mercenary…

Other places, such as Asia would be China and the Sinoloas work for the Chinese. They are applying deadly toxins with devastating effects to the land and the surrounding water and food supply.

…death—rodenticide—…Such poison typically is used in urban or
agricultural areas to kill rats and other rodents. How in the world did a fisher in the middle of a national
forest get into rodenticide? His colleagues in Forest Service law enforcement informed him that illegal pot
growers use large amounts of rodenticide to keep mice from destroying their plants. Mice and other
species, such as ground squirrels, chew into the plants for their high moisture content, killing the plants in
the process. Rodenticide protects the plants and kills the rodents, but it also kills other wildlife.  Species
such as the fisher can be poisoned by either eating the poisoned rodents, or by eating the rodenticides
directly, which are often bacon or cheese flavored. Besides using rodenticide, the pot growers liberally
spray their plants with highly concentrated insecticides such as carbofuran, a chemical that can seep
through soil and enter ground water….

The effect of this practice on water supplies amd the food chain is devastating.

A marijuana plant needs about 6 gallons of water per day to grow, which translates into 900
gallons per year per plant. In 2016-2017, law enforcement officers eradicated about 1,250,000 plants on
California’s national forests. (The officers estimate that they find anywhere between 15-60 percent of the
illegal grow sites.) “That is more than 1 billion gallons of water per year for just the plants found, so the
true number of gallons is much higher, we just don’t know how high,” Thompson said. The numbers
indicate the staggering amount of water the pot farms are diverting from the water balance equation in
forest ecosystems—in a time of extended drought. And the real value may be twice that size, given the
number pot farms that law enforcement doesn’t find….

“The water lines get gnawed on primarily by rodents, so they scatter rodenticide pellets along
the pipe,” Thompson said. “But the water catchment pond and the actual camp are draws for all kinds of
critters, so we find rodenticide pellets as well as open cans of tuna and cat food laced with insecticide. The
tuna and cat food targets species like foxes, bears, and ravens.”
The killing effects can spread up the food chain, in a process called bioaccumulation, as larger predators
feed on the smaller, poisoned animals. In one memorable case of bioaccumulation that Thompson observed,
a fox died from consuming insecticide-laced bait. All the fleas, ticks, and flies on the fox died as well, and a
vulture that fed on the dead fox also died. A recent study (link is external) by California State researchers
on owls further validates that toxic levels of rodenticides and insecticides are entering the terrestrial food
web.

The impact on the drinking water of major cities is where the greatest danger lies as the chemical run-off makes its way into drinking water. Here is what we know at this point.

In California alone, these sites also skim more than a billion gallons of water away from sources intended
for human consumption in places like San Francisco and Sacramento. These waters, including those that
feed municipal water systems, are increasingly at risk of contamination from highly concentrated
rodenticide and insecticide.

Pot farming in California also skims more than a billion gallons of water away from sources intended for
human consumption in places like San Francisco and Sacramento. Even though Governor Jerry Brown
officially declared the state’s historic five-year drought over last year, residents are now adhering to
permanent water conservation rules, even in non-drought years. These waters, including those that feed
municipal water systems, are increasingly at risk of contamination from highly concentrated rodenticide
and he worries right now about the poison entering ground water and seeping into wells in rural areas.

In other words, the drinking water of San Francisco, Sacramento the Central Valley are at risk.