by Robert Mackey, The Intercept:

AS HE AWAITS sentencing in England for breaching bail, and fights possible extradition to the United States, Julian Assange might soon face legal jeopardy in a third country, Sweden, where a woman who says the WikiLeaks founder raped her in 2010 has asked prosecutors to reopen their investigation.

Some legal observers think that the complex interaction of three separate justice systems could now work to Assange’s benefit, by making his extradition to the U.S. less likely.

Assange initially took refuge in Ecuador’s London Embassy in 2012, after England’s High Court ruled against his final appeal to avoid extradition to Sweden, where he was wanted for questioning on allegations of sexual molestation and rape leveled against him by two women.

In May 2017, Swedish prosecutors announced that they were closing their investigation into the sexual assault allegations in light of the asylum granted to Assange by Ecuador, and the fact that the statute of limitations on the claims made by one of the women had elapsed.

When Ecuador rescinded Assange’s asylum on Thursday, he was arrested for violating bail in 2012 and for allegedly conspiring with a former U.S. Army intelligence analyst, Chelsea Manning, as she leaked classified material to WikiLeaks in 2010.

Elisabeth Massi Fritz, a lawyer for Assange’s unidentified Swedish accuser, wrote on Twitter that her client still wanted him to stand trial in Sweden.

We are going to do everything we possibly can to get the swedish police investigation re-opened so that Assange can be extradited to Sweden and prosecuted for rape. No rape victim should have to wait 9 years to see justice be served.

The woman’s complaint, Swedish prosecutors told England’s High Courtin 2011, was that in her home, “Assange deliberately consummated sexual intercourse with her by improperly exploiting that she, due to sleep, was in a helpless state.”

Assange’s arrest on Thursday seemed to take Sweden’s chief prosecutor, Ingrid Isgren, by surprise, and she said in statement that it was “news to us too.”

Later in the day, after the complainant’s lawyer went public with her desire for the case to be reopened, the Swedish Prosecution Authority announced that “the counsel for the injured party has requested the Swedish preliminary investigation concerning rape be resumed.”

Sweden’s deputy director of public prosecution, Eva-Marie Persson, is currently conducting a review of the case, according to a spokesperson for her office. Persson stressed in a written statement that the investigation “has not yet been resumed” and offered no timetable for when the decision would be made.

But prosecution authority explained that the investigation could be reopened, now that Assange’s extradition to Sweden is possible, given that the statute of limitations for the suspected crime of rape is 10 years, and the offense was allegedly committed in mid-August 2010.

Assange immediately denied the allegation, and one of his lawyers, Mark Stephens, even claimed at the time that Sweden intended to stage a “show trial” as part of a plot to take revenge on the WikiLeaks founder for publishing documents that exposed wrongdoing by American soldiers and officials. “We saw the smirking American politicians yesterday,” Stephens said after Assange was taken into custody in 2010. “The honey-trap has been sprung. Dark forces are at work. After what we’ve seen so far, you can reasonably conclude this is part of a greater plan.”

David Allen Green, a contributing editor to the Financial Times on law and policy, who has written extensively about Assange’s failed legal battle against extradition to Sweden, suggested on Friday that if Sweden does renew its extradition request, it could make Assange’s extradition to the United States less likely.

Any request from Sweden, on behalf of a complainant who says that she has been waiting nine years for justice to be served, would probably be granted priority by an English court over the more recent request from the U.S., which wants Assange to stand trial for allegedly trying (and apparently failing) to help Manning crack a password to access classified documents. 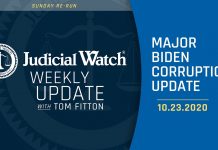 Are we going to witness the worst national emotional meltdown in U.S. history once this election is over?