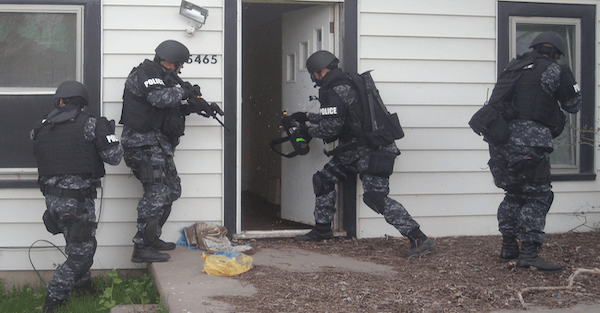 Today we’re continuing our new weekly feature, where each Friday we highlight a number of often bizarre stories from around the world that we’re closely following.

When it comes to business, this story pretty much sums up how far the Land of the Free has fallen from its free-wheeling economic golden age.

We’ve covered a number of stories over the years of cops shutting down lemonade stands, and teens being stopped from mowing lawns and shoveling driveways because they don’t have proper licenses and permits.

In this case, two children (ages 7 and 8) had their lemonade stand shut down by local police because they lacked a ‘Peddler’s Permit’, along with approval from the health department, and who knows how many other government permissions.

Some politicians saw this story and decided to pass a law making it legal for children to operate lemonade stands.

On one hand, great news. On the other, it’s pretty sad that a state legislature actually had to pass a law to make this legal.

Amazon has been rolling out cashierless stores.

You simply walk in to an “Amazon Go” store, scan the app, grab what you want off the shelf, and walk out. Cameras and sensors throughout the store charge you automatically for whatever you take.

But you can’t use cash at the stores. And that has ruffled the feathers of one San Francisco politician who thinks that is discriminatory against people who cannot get credit or open bank accounts.

Which sort of defeats the entire purpose of the cashierless business model… and adds back a bunch of unnecessary costs.

But “They can afford it,” the politician says.

SWAT team takes children after parents disagree with their doctor

What do you think is more traumatic for a child:

I’m going to have to say option B is worse for the child. But that is exactly what happened, all because his parents ignored a doctor’s advice to take their toddler with a fever to the emergency room.

The doctor coordinated with the hospital, and when the family didn’t show up, called the Department of Child Safety. A few hours later, the SWAT team raided the home, and kidnapped the children.

Now the parents have been separated from their children for a month, and could wait months more until they know if the state will allow them to have their children back.

If your most basic parenting rights depend on the whims of the state, they’re no longer rights.

Man sentenced to federal prison for digging holes in his backyard

A 78 year old veteran spent a year and a half in federal prison for the heinous crime of digging holes in his own backyard.

The man lived in an area prone to forest fires, so he thought it would be a good idea to dig a few small ponds in his backyard.

According to the EPA, his big mistake was digging in proximity to a “navigable waterway” on the edge of his property, a violation of the Clean Water Act.

Not that anyone knows the first thing about countless vagaries of the Clean Water Act. But as they say, ignorance of the law is not an excuse.

So the man was arrested, charged, convicted, and sentenced. He served his time and has unfortunately passed away.

His widow has now asked the Supreme Court to review the case.

I don’t seem to remember anyone from the EPA going to prison for spilling millions of gallons of toxic water into rivers in Colorado, New Mexico and Utah.

In fact, the agency even refused to pay the $1.2 billion in damages demanded by affected farmers, homeowners, and rafting companies.

So we’re definitely following this one closely.

VPNs (Virtual Private Networks) are an important part of digital security and privacy; they provide a way to reroute your Internet traffic in a secure way to prevent hacking and monitoring by governments.

People in places like China and Russia use VPNs all the time to beat Internet censorship.

THE TRUTH ABOUT SOCIAL MEDIA COMPANIES