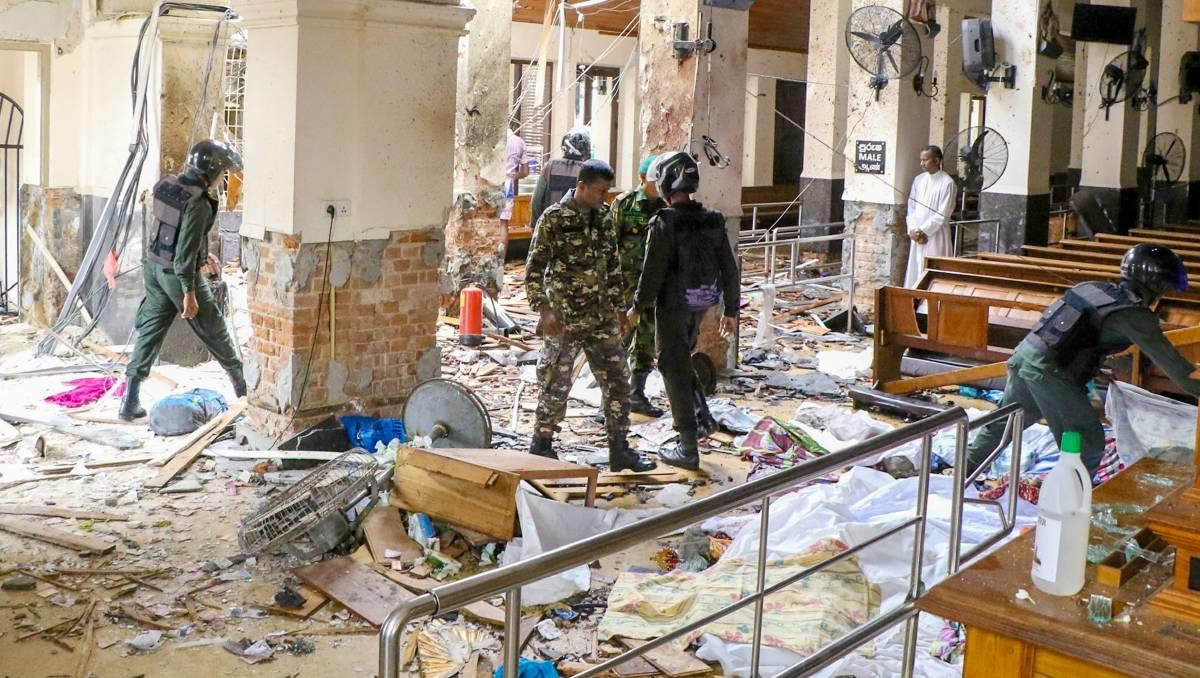 In Sri Lanka this morning, Easter services turned into massacres when coordinated attacks took place in hotels and churches.

Three churches and three luxury hotels – the Shangri-La Hotel, Cinnamon Grand and The Kingsbury Colombo – were targeted by 6 suicide bombers.

A hotel official at the Cinnamon Grand said a suicide bomber blew himself up at the facility’s restaurant. “He came up to the top of the queue and set off the blast,” he said.

The series of attacks started with the bombing of St Anthony’s Shrine in the capital. Five other blasts followed within half an hour, including the bombings on St Sebastian’s church in Negombo, about 30km from the capital, and another in Batticaloa, 250km east of the capital. (source)

At the time of this posting, 207 people have been confirmed dead and more than 500 have been injured. Hours after the initial bombings, two further attacks took place in other parts of the city.

The seventh blast occurred at a hotel near the national zoo in the capital, killing two people, police said, while the eighth hit the suburb of Orugodawatta, north of Colombo, when officers entered the residence to search it. (source)

Among the dead are tourists from the UK, US, China, Japan, Portugal, and the Netherlands. A local described the horrific scene.

N. A. Sumanapala, a shopkeeper near St. Anthony’s Shrine who had run inside to help, said: “It was a river of blood. Ash was falling like snow.” (source)

N. A. Sumanapala, a shopkeeper near St. Anthony’s Shrine who had run inside to help, said: “It was a river of blood. Ash was falling like snow.”

Seven people have been arrested but their names have not yet been released to the public. While no one has claimed responsibility for the attacks, Sri Lanka’s chief of police says that they were threatened of this 10 days ago.

Pujuth Jayasundara reportedly said: “A foreign intelligence agency has reported that the NTJ (National Thowheeth Jama’ath) is planning to carry out suicide attacks targeting prominent churches as well as the Indian high commission in Colombo”.

The NTJ is a radical Muslim group in Sri Lanka that was linked last year to the destruction of Buddhist statues. (source)

The Sri Lankan government has responded with a crackdown. A curfew has been imposed and all access to social media sites has been blocked within the country. Schools will be closed and the airport will be locked down to anyone except passengers.

This is not the first time that Sri Lankan has suffered a terror attack, but according to a former member of Parliament, these attacks were much worse.

Rajiva Wijesinha, a former member of the Sri Lankan parliament, told Al Jazeera the coordinated nature of the attacks has shocked the country.

“It’s actually extremely chilling. We’ve never had anything of this sort before. Sri Lanka had a terrible time under Tamil Tiger terrorism for about 25 years and then there was a great sense of relief, which I am afraid the West has been fighting with us about, when we got rid of the tiger terrorists,” Rajiva said.

“But the tiger terrorists were never as well organised and never quite as brilliant in synchronisation and this is obviously something on a much larger scale which is frankly quite terrifying,” he said.