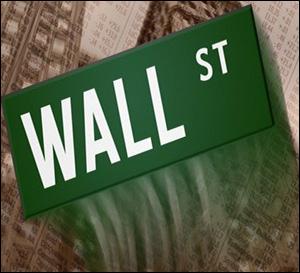 Steve Eisman is one of the central characters in the Michael Lewis bestselling book, The Big Short. In the movie of the same name, Steve Carell portrays Eisman’s role under the name Mark Baum. During the financial crisis of 2008, Eisman was working for FrontPoint Partners LLC, a hedge fund unit of Morgan Stanley which has been widely acknowledged to have made a boatload of money shorting subprime collateralized debt obligations (CDOs) filled with subprime residential mortgages. In other words, Eisman and FrontPoint were hoping to profit on American homeowners being unable to pay their tricked-up mortgages and being thrown out on the street.

But according to Lewis, Eisman was not just shorting subprime drek – he was also shorting the teetering Wall Street banks, which were, by the way, holding trillions of dollars in Federally insured deposits of Moms and Pops across America.

Lewis writes in his book that during the financial crisis Eisman, while at FrontPoint, “shorted Bank of America, along with UBS, Citigroup, Lehman Brothers, and a few others.” Lewis notes further that “They weren’t allowed to short Morgan Stanley because they were owned by Morgan Stanley, but if they could have, they would have.”

What is particularly nuts about this is that at the time Morgan Stanley was one of the most interconnected investment banks on Wall Street, holding $39 trillion notional in derivatives as of the end of the first quarter of 2009 according to the Office of the Comptroller of the Currency (OCC). Only JPMorgan Chase, Bank of America and Goldman Sachs had a bigger derivatives book at the time.

When you are sitting on that kind of a derivatives book you are also sitting on a viper’s nest of interconnectedness. If one of the banks you are shorting goes under and it is a major derivatives counterparty (which they all were) it will create a daisy chain of catastrophic losses across Wall Street.

What is also particularly inexplicable about this is that while Morgan Stanley’s own hedge fund was shorting the hell out of subprime and the Wall Street banks, the Federal Reserve was secretly infusing $16 trillion cumulatively in secret loans to shore up the Wall Street banks, including $2.04 trillion in revolving loans to Morgan Stanley. (See Table 8 of the GAO report here.) Only the teetering Citigroup received more aid from the Fed.

How much of Citigroup’s unprecedented unwinding was caused by hedge funds like FrontPoint shorting its stock? How much more did the Fed and the U.S. taxpayer have to pump into Citigroup because of this shorting operation? We simply don’t know because the Financial Crisis Inquiry Commission’s report was released on January 27, 2011 and the GAO’s audit of the Fed showing the breakdown of this secret, unprecedented $16 trillion in emergency loans was not released to the public until July 21, 2011.

We’ve yet to get to the worst part of this tale of hubris. A tiny footnote in the GAO audit tells us this:

“Morgan Stanley funds include TALF borrowing by funds managed by FrontPoint LLC, which was owned by Morgan Stanley at the time TALF operated.”

According to Fed data, FrontPoint received over $4 billion of Morgan Stanley’s $9.3 billion in TALF loans. While Morgan Stanley was the second largest recipient of total Fed emergency lending programs, it was the number one borrower under TALF with 43 percent of those funds going to FrontPoint.

The Fed emergency lending program called TALF stood for Term Asset-Backed Securities Loan Facility and according to the GAO report was to provide “loans to eligible investors to finance purchases of eligible asset-backed securities.” Did it make any sense for the Fed to be sluicing these funds to a hedge fund shorting the very entities the Fed was trying to shore up? The likely answer is that the Fed, through the incompetent Federal Reserve Bank of New York, was simply throwing money in all directions hoping to magically return liquidity to the markets it had failed to police for years.

Equally astonishing, on September 21, 2008, the Federal Reserve announced it was going to extend credit to both the U.S. and London-based broker-dealer subsidiaries of Morgan Stanley, as well as Merrill Lynch and Goldman Sachs. According to the GAO report, Morgan Stanley was the largest borrower under the London facility, borrowing a total of $548.2 billion.

The emergency lending role of the Fed is to protect commercial banks. Providing emergency loans to hedge funds and derivative dealers in London is unprecedented. The GAO report had this to say on the subject:

“Federal Reserve Board officials told us that the Federal Reserve Board did not draft detailed memoranda to document the rationale for all uses of section 13(3) [emergency] authority but that unusual and exigent circumstances existed in each of these cases as critical funding markets were in crisis. However, without more complete documentation, how assistance to these broker-dealer subsidiaries satisfied the statutory requirements for using this authority remains unclear. Moreover, without more complete public disclosure of the basis for these actions, these decisions may not be subject to an appropriate level of transparency and accountability.”

How good a bet was Morgan Stanley at the time the Fed was flooding it with emergency lending? According to the Financial Crisis Inquiry Commission report, both Lehman Brothers and Morgan Stanley has reached leverage ratios of 40:1 by the end of 2007 – “meaning for every $40 in assets, there was only $1 in capital to cover losses. Less than a 3% drop in asset values could wipe out a firm.”

Now comes the worst part of this story. One week ago Wall Street On Parade reportedthat Morgan Stanley’s 10K (annual report) for the period ending December 31, 2018 that was filed with the Securities and Exchange Commission indicated that some of the counterparties that Morgan Stanley is using for its derivative trades have below-investment-grade ratings — i.e., junk ratings. 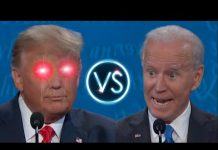