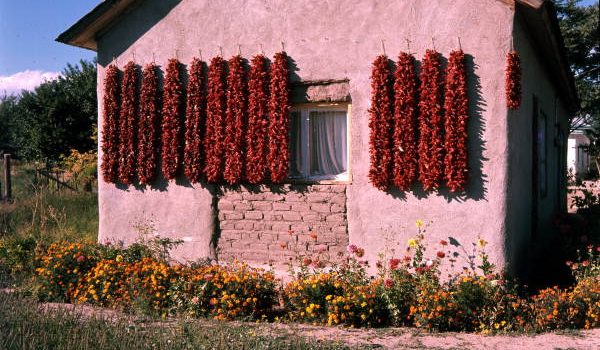 This isn’t going to be just another food storage article. For excellent advice on that subject, start by exploring  the SurvivalBlog archives and the LDS web site. But there’s a related topic that I felt was worthy of discussion.

It wasn’t that long ago that .22 rimfire ammo disappeared from shelves, and conversations about PMAGs in stock sounded pretty similar to claims about Yeti and the Loch Ness Monster – utterances viewed by most listeners with great skepticism. We live in a ‘just in time’-supplied world, where almost anything can quickly affect the price – or the availability – of many products we’re used to seeing on our store’s shelves.

If you bake, you’ve probably noticed the massive increase in the price of vanilla. Last year, a hurricane in Madagascar so damaged the crop that today’s vanilla prices have nearly doubled. Vanilla, like many other spices we rely on, still come from isolated places on the globe. Any environmental, economic or political disruption could cause them to rapidly disappear from our markets – perhaps for a very long time. More than our recipes would be affected, because some of these things are essential components of food preservation as well.

THE WORLD OF SPICES

While we can locally source many things we might use in cooking, here are some thoughts on specific items that come from overseas and that couldn’t easily be replaced.

There are other spices that are produced closer to home, but that might be seriously impacted by any insult to global trade.

Individually, the loss of one or more of these spices might not seem like much, but without them we couldn’t make many of our favorite spice combinations. Simply consider these recipes: Garam Masala, Curry Powder, Chili Powder, BBQ Spice/Rub, Pickling Spice, DIY Old Bay Seasoning, DIY Lawrey’s Seasoning, Poultry Seasoning, Adobo Seasoning, Jamaican Jerk Seasoning, Taco Seasoning, Apple Pie Spice or Pumpkin Pie Spice. It is cheap and good insurance to lay in a stock of spices now.

HOW TO STORE SPICES

Whole spices don’t spoil, but they do begin to lose their flavor after four years. Ground spices fade in less than half that time.

The same wisdom applies to storing spices as to most things: Store your spices in a cool dark place and in a sealed container. Oxidation is the greatest enemy of spices. I haven’t been able to find any authoritative research on the relative advantages of keeping spices in the freezer. One school of thought says that any advantages will be offset by the exposure to moisture when the container is taken out of the freezer and opened. Others, of course, claim this is an excellent practice.

Glass containers protect the contents but make sure they also have strong air tight lids. To guard against cross contamination of odors and flavors, avoid putting bags of different spices in the same sealed container. Some people even take the trouble to vacuum seal spices in mason jars, which makes good sense when maintaining a large reservoir, then refilling smaller containers for the pantry. Anyone who’s cooked knows the magical properties of those small glass spice jars, seemingly capable of bouncing off tile floors without breaking. The weak point is too often the plastic lid. In any event, better to routinely handle a small quantity rather than risk the larger container.

Instinct teaches to buy in bulk, but with spices there’s a caution: A study in the Kansas City area in 2014 found that 4 out of 10 packages of bulk spices were contaminated by heavy metals, toxins or bacteria. These included some nasty bacteria such as Enterobacter, Klebsiella, and Pseudomonas. The Food and Drug Administration found that 12 percent of all imported spices were contaminated in some way. Black pepper, thyme, oregano and turmeric were most associated with salmonella contamination, sawdust was frequently added to turmeric, paprika and ginger, and lead chromate was occasionally added to turmeric as well. Generally, they found that cinnamon is fine.

WHERE TO BUY SPICES

All that said, this really isn’t news. There have been stories like this at least since 1941, and for good or ill, the FDA continues to engage in testing for the sake of food safety. While cooking the spices in food to 160 degrees will kill any native bacteria, most of us have the habit of adding spices after the cooking is done which would reintroduce any bacteria back into the food. It is best to buy from reputable vendors.

One of the best known vendors is Penzey’s Spices, but I don’t buy from them. My personal choice, as otherwise Penzey’s has a great reputation for quality, but I’m partial to The Spice House. Though the owners of both businesses are related, the owners of The Spice House have made it a point to leave the politics behind. Costco products are also excellent, as well as Spice Islands which can usually be found in most grocery stores. If you’re buying from a bulk supplier online, it might be wise to consider one that supplies restaurants. They’ve got a lot riding on food safety.

HOW MUCH TO STORE

While there are many food calculators on the web that help you estimate your long term storage needs, far less bandwidth is dedicated to the things that will make your beans, rice and tuna fish palatable. Relying on popular wisdom would leave you with salt, sugar, honey and very little else.

The historical spice trade drove the world economy from the 15th century to modern times, altering the economic shape of the entire planet. Then, pepper was the greatest bulk commodity, followed by cinnamon, cloves and nutmeg. Generally speaking, Americans consume approximately 3.7 pounds of spices each year, but it’s difficult to break that down any further. In the world of chefs, the ratio of salt to pepper used in the kitchen is around 3-to-6 parts salt to one part pepper.

Most calculators suggest storing about 6 pounds of salt per person, per year. All things considered, one pound of pepper would seem about right. From that point on its mostly personal preferences and guesswork, but my two cents are that a shift to food storage staples would benefit from more spices. With that in mind, consider storing – per person/per year – one pound of cumin, cinnamon, and paprika; 8 ounces of vanilla, ginger, allspice, mustard seeds and turmeric; 4 ounces of nutmeg (about 20 nuts), cloves, cardamom, coriander, bay leaves, celery seed and cayenne pepper.