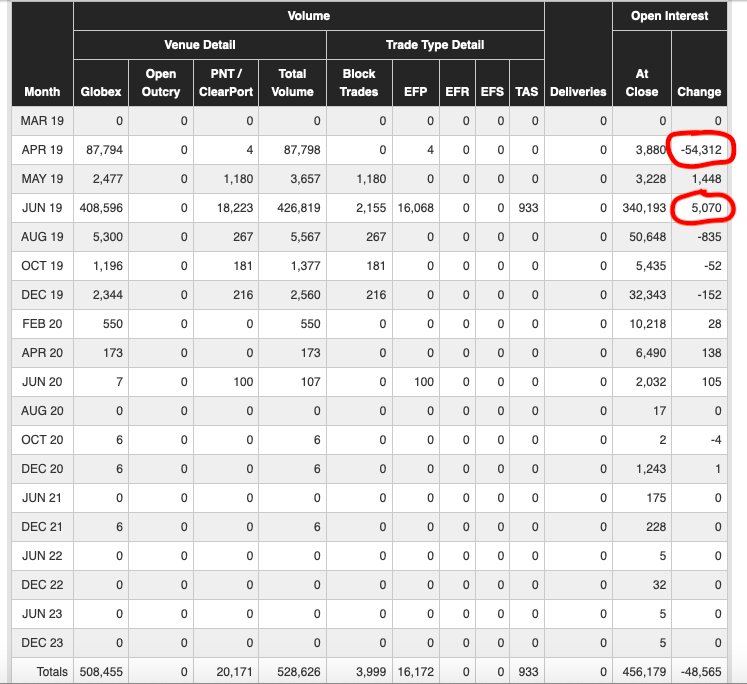 An explanation of the “why” and “how”.

Of course, when dealing with the deliberately opaque LBMA/Comex system, no one can ever say for certain. But the clues are there, however, and if you know how to interpret them, you can begin to piece it together. So that’s what we’ll do here this morning.

And this shouldn’t take long. Why? Because it’s really not that complicated..

First of all and as we’ve been discussing all week, the front month Apr19 went “off the board” yesterday and trades “First Notice” today. What does that mean? Since it came into existence, the Apr19 was able to be held/traded on margin…which meant that you could own it by simply putting up about 15% of the actual cost. However, now that it’s in its delivery period, anyone still holding the contract must display the financial ability and intent to TAKE DELIVERY. This requires 100% margin! Therefore, maybe only 1-2% of the open interest in the Apr19…which at one time had reached 366,000 contracts…will “stand for delivery”. The rest get closed out and then (mostly) rolled into the next front month which is the Jun19.

OK, are you with me so far?

In Wednesday’s podcast, we discussed the unfair process of “legging out” of a position that needs to be rolled. If you haven’t listened yet, you should do so sometime today.

So, do you see what happened?

In closing out 54,312 Apr19 contracts before they went off the board yesterday there were, of course, some shorts covered. However, the VAST MAJORITY of this closed out open interest was undoubtedly a liquidation of long positions. That’s selling pressure! IF all 54,312 had simply been immediately re-established into the Jun19, the price effect would have been minimal. Maybe not a zero-sum wash but minimal.

Instead, let’s call it 50,000 longs that were sold and closed out but only 5,070 were rolled into the Jun19. Now why would this happen? Two reasons. Let’s start with the practical.

Recall how we explained yesterday that one of the reason for the sudden smash at 9:40 EDT on Wednesday was to drive price back down to near the 50-day….and price position relative to the 50-day is a key Spec HFT algo buy-sell determinator. Once the 50-day was broken prior to the Comex open on Thursday, a selling avalanche began. The Specs HFTs rushed to liquidate…and they had to do so before the day’s end anyway due to the contract expiration. However, with price below the 50-day, there was no impetus to immediately roll and re-establish the position into the Jun19. Thus a drop in total open interest.

But then additionally there’s the other reason…

Do you recall the discussion of the CoT from two weeks ago? We noted then that the “Commercials” were sitting on a GROSS long position of 192,029 contracts and this was just 9,000 contracts below the ALLTIME high. We speculated in that day’s podcast that these longs could be used as fodder…sold into Spec buying as a price control if The Banks were unwilling to add new shorts.

We saw some of precisely that in last week’s CoT as, on an $8 up move, Large Spec short-covering (buying) was met with the usual Commercial selling. But that selling was just 1,860 new shorts. The bulk of the “coverage” came from a liquidation of 5,325 of those 192,029 longs.

Well then here’s reason #2 for yesterday….A mass dumping and non-rolling of that Commercial GROSS long position. Closing out 30,000-40,000 of those yesterday and NOT rolling creates 30,000-40,000 contracts of selling pressure that was unmet by buying pressure. The result? Well, you witnessed it in real time.

By next Friday, you’ll no doubt see this revealed in the CoT. But, as usual and by design, that information will be EIGHT DAYS after the fact and diluted by the follow-on action of today, next Monday and next Tuesday.

Regardless, at least now YOU know what happened and this puts you miles ahead of everyone else who follows the precious metals.

Prices are bouncing back with CDG up $6 and at $1301 on the new front month Jun19 contract. It had been as high as $1304 but the two datapoints below were used as rationale to sell, I guess, beginning at 10:00 EDT.

However, FAR more important data was released at 8:30 EDT. The personal income and personal spending numbers for January were finally revealed along with the latest PCE. See below: 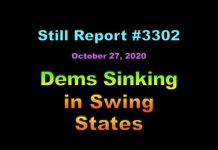