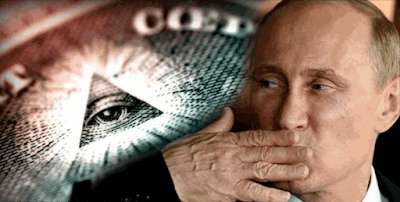 Perhaps there is a very good reason why Russia was nominated as this year’s best growing emerging market, and it has to do with their ongoing policy of weaning themselves off the dollar system.

On March 31, a senior official for Russia’s central bank reported that several of their nation’s financial institutions have signed on and connected to Chinese version of SWIFT, the CIPS.  Additionally, Russia announced that they had accumulated another 31 tons of gold in the month of February, bringing their ‘offical’ total to over 2100 tons.

Several Russian banks have joined the China International Payments System (CIPS), to ease operations between the two countries, according to a senior official at the Central Bank of Russia (CBR). “As for the cooperation on payment systems, a range of banks are already connected to CIPS, allowing to facilitate payments routing procedure,” Vladimir Shapovalov, who heads a division dealing with foreign regulators at the CBR’s international cooperation department, said earlier this week during the international Russian-Chinese forum. – Russia Today

Maybe all it took to ‘Make Russia Great Again’ simply required the world power to divest itself of dollar hegemony and lead the way in returning markets back to bi-lateral trade.