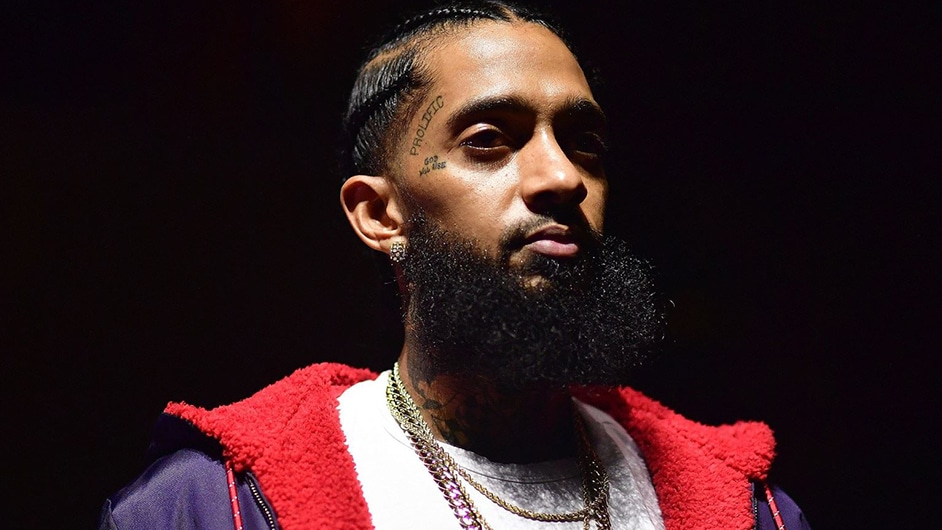 Only hours after Nipsey Hussle’s untimely death, many took to social media to claim that he was killed by the powers that be, mainly because he was working on a documentary about the controversial Dr. Sebi.

The Grammy-nominated rapper Nipsey Hussle died after being shot six times outside of his clothing store on Sunday afternoon. He was 33 years old. The shooter fled the scene and remains at large. According to a witness, Hussle was killed “military-style”, with five shots to the body and one to the head.

About 30 minutes prior to the fatal shooting, Hussle tweeted: “Having strong enemies is a blessing”.

Law enforcement sources state that Hussle was shot by a young black man who opened fire at close range and then ran to a waiting getaway car. It is believed that the man might be involved in gang activities. Hussle had long been associated with the Rollin 60s Neighborhood Crips, one of Los Angeles’ largest street gangs.

Another source told the LA Times that detectives were working leads and stressed the killing might not be tied to a larger street gang dispute. Detectives are still trying to recover any security video that might exist.

The shooting came a day before Hussle was scheduled to meet with LAPD Chief Michel Moore and Police Commissioner Steve Soboroff “to talk about ways he could help stop gang violence and help us help kids”. Representatives from Roc Nation (Jay-Z’s talent agency and production company) were also supposed to attend the meeting. 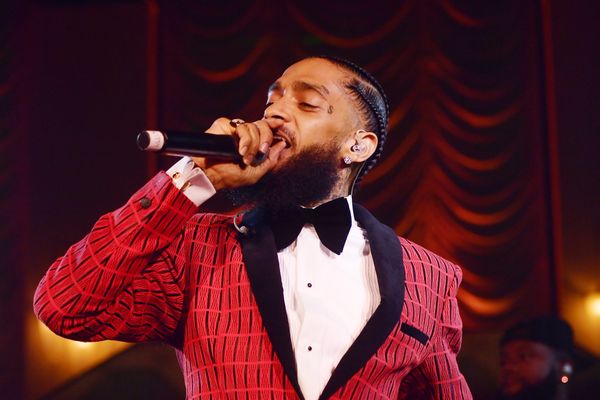 Nipsey Hussle performing onstage at the Warner Music Pre-Grammy Party at the NoMad Hotel in February 2019.

Slowly but surely, Hussle was making his way in the music industry. Two months ago, his debut album Victory Lap was nominated for best rap album at the 2019 Grammy awards.

Hussle was also known for his community work in Los Angeles. For instance, he once gave a pair of shoes to every student at an elementary school in Hyde Park. He also helped fund upgrades to the campus playground. Hussle also owned properties and businesses in his area, including the shopping mall where he got shot. He was known for offering jobs to people who struggled and even the homeless.

To some, Hussle was becoming a positive black leader and that was enough to get him killed. Here’s a post from a user on Reddit:

He was murdered because he was making change in black communities. The government assassinated him just like they did to Fred Hampton, Malcom X, MLK, and plenty others. One of COINTELPROs main objectives was to take out any “black messiah” and that’s exactly what Nipsey Hussle was becoming. He was launching STEM programs in inner cities, he was always preaching about investing in real estate and was conscious of the things keeping African Americans down. The most obvious reason for his assassination is because he was making a documentary about Dr. Sebi who claimed to have had the cure for AIDS. Wasn’t log before Dr. Sebi was assassinated either. We cannot let this be swept under the rug. The US murdered Nipsey Hussle.

Immediately after Hussle’s death, many took to social media to point out the link between the rapper and the controversial Dr. Sebi. 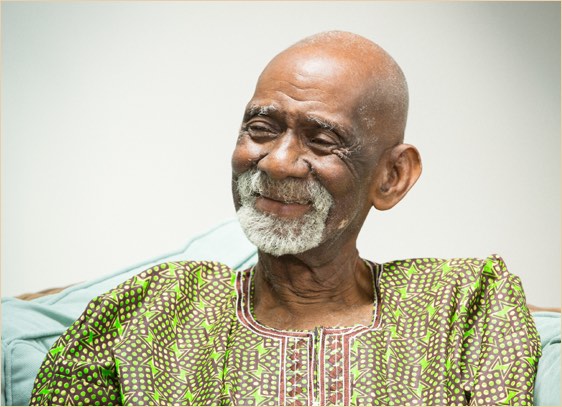 Dr. Sebi (real name Alfredo Darrington Bowman) was a herbalist and self-proclaimed healer who operated in New York, Los Angeles and Honduras. He claimed to cure all disease with herbs and a unique vegan diet. Dr. Sebi taught controversial theories such as HIV was not the cause of AIDS and that Africans (and their descendants) had unique genetic characteristics that required unique medicine.

In 2016, Dr. Sebi was arrested and incarcerated in Honduras for money laundering. He was held for several weeks in a Honduran prison as his family was attempting to obtain his release. On August 6, 2016, Sebi died due to complications of pneumonia while under the custody of Honduran authorities. It is believed that the length of his time in custody and the condition of the jail may have contributed to his death. Followers of Sebi questioned the circumstances surrounding his arrest and death, claiming that there was a conspiracy to silence him because his teachings went against the interests of big pharma.

In 2018 the Nipsey Hussle announced that he was working on a documentary shedding light on Dr. Sebi’s infamous trial where he proved that he found the cure for AIDS. In one interview (linked below), Hussle actually stated that he might be killed over this documentary.

Here are some posts on social media about Hussle’s death.

Nipsey got killed just before he could expose the government in his upcoming documentary about Dr. Sebi… who died mysteriously after claiming to have the cure for AIDS pic.twitter.com/IrCygL647I