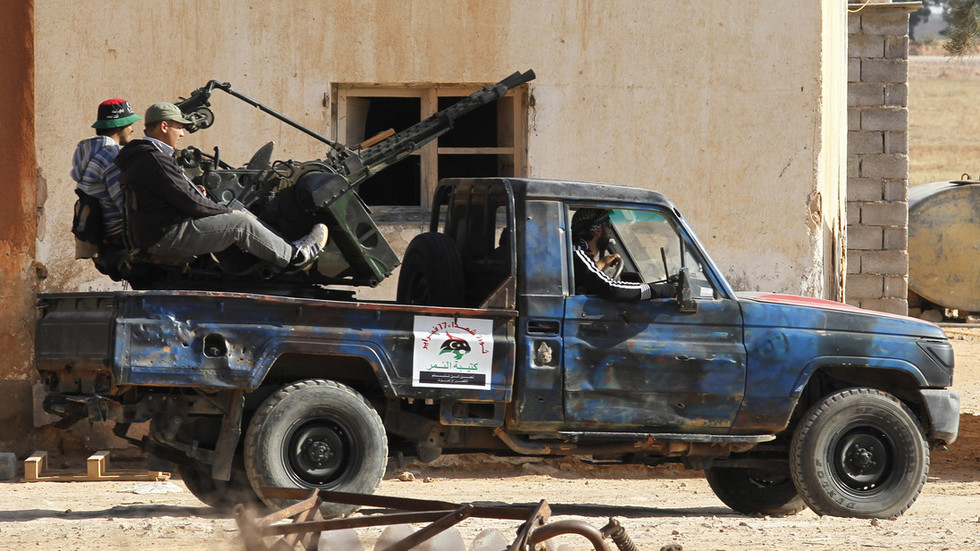 Washington did not play an insignificant role in turning Libya from a rather stable nation into a chaotic free-for-all battle zone. And now the Pentagon says it is too dangerous for American troops to stay on the ground.

The US Africa Command announced Sunday that it was pulling out a small contingent, which was deployed in Libya a few years ago to assist airstrikes against forces loyal to the terrorist group Islamic State (IS, formerly ISIS). The move came in response to the latest escalation of violence in the country.

“Due to increased unrest in Libya, a contingent of US forces supporting US Africa Command temporarily relocated in response to security conditions on the ground,” AFRICOM said in a statement.

We will continue to monitor conditions on the ground and assess the feasibility for renewed US military presence, as appropriate,” said Nate Herring, an AFRICOM spokesman.

Libya remains a fractured land ever since the NATO-backed militant uprising ousted strongman Muammar Gaddafi in 2011. While British and French warplanes did most of the actual bombing, the US contribution was crucial to the war effort, with America providing things like intelligence gathering and air refueling.

Aftermath of a NATO airstrike in the town of Bir al-Ghanam in western Libya, August 8, 2011. ©REUTERS / Bob Strong

At the moment there are two main competing governments in Libya, one recognized by the UN and based in the capital Tripoli and another one in the eastern city of Tobruk. Khalifa Haftar, a military commander supporting the eastern faction, ordered his troops to launch a military operation around Tripoli, citing the presence of “terrorists and extremists” as the reason for the move. They reportedly took control of some areas around the capital, like the defunct Tripoli International Airport, but so far have not moved towards central areas of the city.

The governments are just two of the many players in Libya, which are divided between various tribal militias, criminal gangs, radical Islamist groups and other forces.

The late Gaddafi was far from being an example of a benevolent selfless leader, having a record of military adventurism, alleged human rights violations and reported personal corruption. Nevertheless he ruled the country with a firm hand for decades, navigating the labyrinth of conflicting tribal loyalties and keeping radical Islamist groups in check.

Can The US Mint Reset Silver Prices?

Rule Through Law: Nationalist Politicians Are Being Imprisoned for Their Beliefs Across Europe