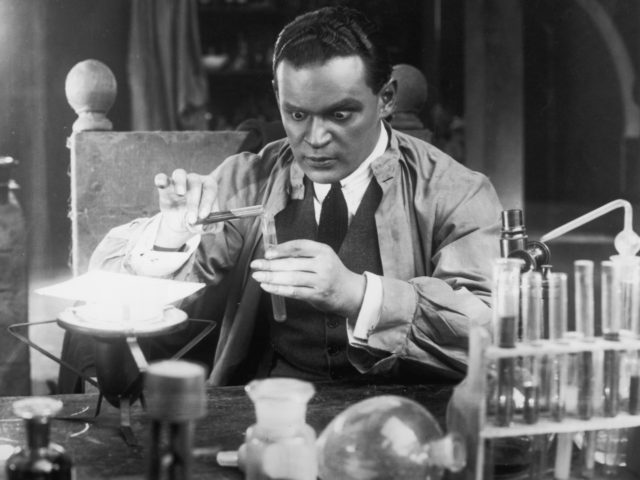 Earlier this month I wrote an op-ed about how a new scientific discovery proves that the idea of man-made Global Warming is a hoax. This week a bunch of scientists gang-tackled my op-ed, and let’s just say the response wasn’t all that impressive.

Feel free to read the whole thing. In many ways, if pedantic word salads inspire you, it’s a legitimate work of art. But the basic premise of the attack on me is that I’m a flaming idiot because I missed the overall point of this new study.

“The new research shows that a past high CO2 period had lots of global warming, just like we expect from today’s human-driven CO2 changes,” writes Mark Richardson, a researcher at NASA’s Jet Propulsion Laboratory. “Breitbart’s argument is that since CO2 changed naturally before, we can’t change it now.”

“This is like saying that fires happened naturally before so there is no way any of us could cause a fire. It’s wrong.” he adds.

“By the reasoning of this article, if a rock rolled down a hill three million years ago, no human can be responsible for rolling a rock down a hill today,” climatologist Kim Caldeira said.

There is no way of telling if this is a deliberate attempt to miss my point, but miss my point they did, all of them, and this entire attack is premised on missing my point…

Interestingly, one attack on me accidentally proves my overall point…

“We all know that the Earth’s CO2 levels were higher at various times in the past. In the Eocene, 50 million years ago, they may have even been four times as high. This is not an issue. In the past, rates of volcanic CO2 emissions globally were higher as continental spreading rates changed, for example,” Michael Henehan, a postdoctoral researcher at  GFZ Helmholtz Centre Potsdam, helpfully informs us.

Let me reiterate my point for the PHD-impaired.

Due to this new study we now know that Global Warming has occurred at “various times in the past” due to increased CO2 levels. We also know that when these cycles occurred in the past, as I stated in my original piece, human behavior had nothing to do it.

It is simply a fact that these warming cycles occurred millions of years prior to the Industrial Age when there were no factories, no automobiles, no cattle industry and its farting cows, no charcoal grills, no central air conditioning. Hell, there weren’t even humans, at least in a form we would recognize today.

What’s more, these past warming cycles were much, much, much worse than anything the alarmists are predicting today. In one case, global temperature increased by seven degrees and the sea level rose by 65 feet.

And yet, during today’s so-called warming cycle (to be clear, I am far from convinced we are in a warming cycle; the truth is that global temperatures have cooled over the past couple years and were never all that high to begin with) we are being told to surrender our freedoms and embrace socialism because this time it’s our fault.

So let me get this straight…

Before Arnold Schwarzenegger was tooling around in a Hummer, before the Orange Bad Man yanked us out of Barry’s stupid treaties, this planet warmed all on its own, and did so more than once, but this time — this particular time — it’s not one of those natural cycles. Oh, no… this time it’s our fault and there is only one solution: check off every item on the Democrat Party wish list — and isn’t that a lucky coincidence.

Yep, this time there is only one way to save Mother Earth: roll over, allow the central planners to run our lives, and return to the Dark Ages of solar and wind power.

Why should we believe that this time it’s our fault?

Voice of Doom: Because the scientific consensus says so.

I knew you were going to say that. I knew it!

Sorry, that BS doesn’t work on this guy.

You see, I’m 53 years-old. So I’ve lived a little bit. I’ve seen attack ships on fire off the shoulder of Orion. I watched C-beams glitter in the dark near the Tannhäuser Gate. And I have also paid attention to more than 40 years of your scientific consensus, and here’s what your precious scientific consensus has gotten horribly, terribly, unforgivably wrong:

And those are just the Big Things the scientific consensus epic failed on. You guys also told me  coffee, salt, fat, and eggs were poison.