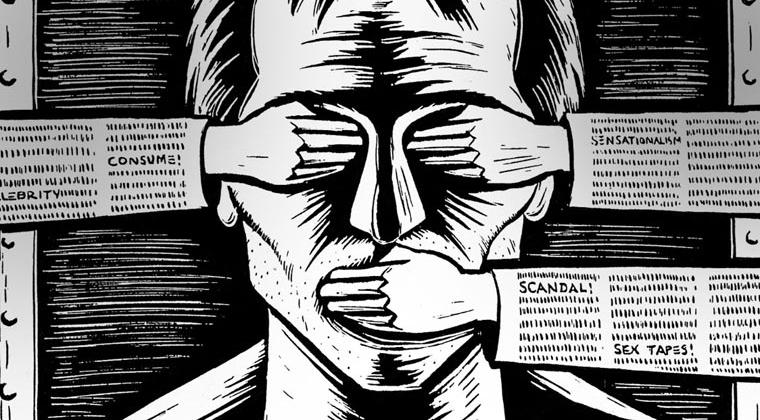 Michigan Attorney General Dana Nessel – who, for all intents and purposes, looks suspiciously like a transgender – has decided to launch a full-scale crusade against the First Amendment.

According to reports, Nessel is planning to create a “hate crime unit” as part of Michigan’s government, the purpose of which won’t necessarily be to prosecute “hate crimes” – which aren’t a real thing anyway, by the way – but to actually police the speech and thoughts of Michigan residents to make sure they align with official government ideology.

By creating a database of people who think for themselves, Nessel is on record as stating that she plans to keep an all-seeing-eye on people who commit “thought violations” – which aren’t real crimes, according to the United States Constitution.

“It is important to understand that these are not convicted criminals or people who[m] the state has reason to believe have committed or are planning to commit a crime,” writes Jay Lorenz for FashTheNation.com about the people Nessel is planning to target with her unconstitutional “hate crime unit.”

“The new database is specifically designed to target law-abiding Americans,” he adds.

Nessel plans to partner with the corrupt, anti-white Southern Poverty Law Center to boot-stamp all free speech and thought in Michigan

During a recent public announcement, Nessel admitted that she’s planning to partner with the shamed and disgraced Southern Poverty Law Center (SPLC), an anti-white hate group posing as an “anti-hate” group, to compile her “thought criminal” database.

It’s important to remember that most of the groups on the SPLC’s “hate group” list are merely associations of people who believe in things like traditional marriage between one man and one woman, for instance, as well as groups comprised of people with white skin who simply celebrate their ethnic heritage.

“The SPLC list is simply a list of people with whom the SPLC disagrees,” Lorenz further writes. “The government will investigate citizens based not on their actions, but what their political opinions are.”

For more related news about the anti-white “political correctness” that’s sweeping the nation via corrupt Leftist politics, be sure to check out PoliticalCorrectness.news.

Michigan’s “thought criminals” will almost certainly be all white, as targeting politically incorrect Muslims, Jews, and LGBTers would be considered “intolerant” and “hateful”

If you put the pieces of this deceptive puzzle together, it quickly becomes clear that Nessel’s goal isn’t to stamp out “hate,” but rather to perpetuate it – and specifically to perpetuate hate and intolerance against white people.

At the end of the day, targeting free speech and the First Amendment by couching it as “hate,” simply because it contradicts the politically-correct narratives of our day, is the epitome of authoritarianism. And because the types of free speech being targeted include that made by people on the SPLC’s anti-white “hate group” list, well, it doesn’t take a rocket scientist to see where all of this is headed.

Even mainstream politicians like Elizabeth “Pocahontas” Warren are indicating that they’re on-board with this anti-white agenda, having recently tweeted about what she describes as “the threat of white nationalism,” and how, under her presidency – God forbid – “my Justice Department would go after white nationalists with full prosecution.”

“The list consists of thousands of people, many of whom have views that are totally mainstream outside of the hyper-liberal echo chamber of government and (((elite society))),” Lorenz concludes in his assessment of the situation.

Who Will Fix The National Debt? It Looks Like Nobody