Senate Judiciary Committee Chairman Lindsey Graham (R-SC) revealed during an interview on Sunday that Attorney General William Barr is “pretty upset” over the way the criminal investigation into Hillary Clinton was handled and that he hopes “there’s a special counsel appointed to look at DOJ corruption and political bias.”

Appearing on Fox News’ “Sunday Morning Futures,” Graham told Maria Bartiromo that there needs to be an investigation into the other side regarding the 2016 election, including the “Clinton campaign, the FISA warrant abuse [and] the counterintelligence investigation.”

“Nobody in the Clinton e-mail investigation went to jail for lying about the process, because there was no process,” Graham said. “And I know Bill Barr pretty well, and he’s pretty upset about the way all this was handled. I don’t know if he’s going to have a special prosecutor to look at the probability of criminal misbehavior. I’m going to look at what happened from an oversight role, but I hope there’s a special counsel appointed to look at DOJ corruption and political bias, because Mueller did his job against Trump. Nobody’s really looked at the Clinton campaign, the FISA warrant abuse or the counterintelligence investigation, criminality yet — and somebody should.”

“I’m not so much worried about retrying her, but I want to make sure that the public understands that she got away with something they wouldn’t get away with. I think it’s important to understand that political bias probably drove the Clinton outcome, not the facts,” Graham continued. “I really don’t believe that Comey just took over the investigation from Lynch based on a tarmac meeting. I just want the American public to know that the standard used against Clinton is an outlier. It’s not the way business is done. And why did they choose that path? I think they had a political bias. They wanted Clinton to win, Trump to lose. And here’s the point. How could she win if the Department of Justice indicted her? I think that’s what drove the decision not to indict. They wanted her to win.”

Graham said that his job is to provide oversight and to find out how the system was derailed so it does not happen again.

“Do we need to rewrite the FISA laws to make sure this never happens again?” Graham added. “Do we need to have congressional rules about counterintelligence investigations or presidential campaigns? But somebody needs to look at the behavior and see if they violated the law [in the manner that] Mueller looked at the Trump campaign extensively. Nobody’s taking a look at the other side and I hope Bill Barr will either appoint a special counsel to do that or do it himself because it’s important that both campaigns be looked at, not just one.”

Graham also added that following Mueller’s report, which said that the Trump campaign did not collude with Russia, that he wants answers about how top-level Obama officials conducted themselves during the Clinton investigation.

“There’s three things I’m going to look at, as Judiciary chairman. The Clinton e-mail investigation: Why did Comey take over the investigation? I would like to talk to Lynch and Comey — I would like to find out whether or not they basically were in the tank for Clinton and gave her a pass,” Graham said. “When it comes to the counterintelligence investigation, I want to find out why they never went to Trump to tell him he may have a problem with people in his campaign working with the Russians. They told Feinstein she had somebody in her office working the Chinese. Why didn’t they do that with Trump? And the last thing is the FISA warrant. How could this document, the dossier, be used to get a warrant against an American citizen four times, and it’s still be unverified to this day?”

Other highlights from Graham’s interview provided via Fox News:

On the United States and China trade talks and putting an end to intellectual property theft:

“Because of President Trump, this is the best chance we have had to stop China from cheating in my lifetime. China steals our intellectual property. If you do business in China, they’re required to have a Chinese business partner. They steal everything you own. They have state-run enterprises, that no business in South Carolina can compete with the government of China. So Trump has decided to take China on. Their economy has been crippled because of these tariffs. We will get a great deal or we will have no deal at all. Somebody needs to bring China to heel. Somebody needs to make them play fair. And I’m standing behind President Trump. When it comes to China, you have got to experience some pain to make them stop cheating us. So, in terms of the 5G movement here, Huawei, to our European friends, if you go into a Chinese 5G network, you’re going to have a hard time doing business with the American economy and the American national security infrastructure, because it will become a spy platform. So President Trump’s done two things. He has put the world on notice. Watch when you buy Chinese technology. We can’t do business with you if you go Chinese 5G. And he’s also told the Chinese, your days of cheating are over. We need to stand behind our president – and I will.”

On the potential southern border shutdown next week:

“Well, I mean, what are we supposed to do? You have the Mexican government allowing thousands of people to walk all across Mexico. They provide them buses. They drop them off at the border, and they say, here, United States, deal with this problem. We have had 100,000 people cross the border illegally in March alone. We’re on track to over a million this year if this keeps up. So Mexico could help more – they should help more – the Triangle countries, 70 percent of the people coming here legally come from three countries.” 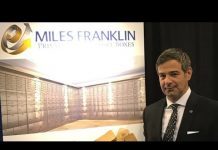