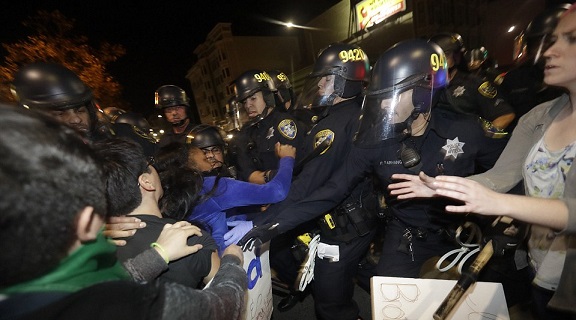 Left-leaning pollsters are busy running their models and declaring that President Trump is losing support in some states that handed him the electoral college victory in 2016, the same states that those same pollsters declared Hillary Clinton had in the bag in 2016, yet on election night we found out they all got it wrong. Liberal news outlets, on behalf of their democrat puppet masters are harping on President Trump’s (and now Bernie Sanders!) tax returns. Democrats and their propaganda pushers in the media are still obsessed with their Russia collusion narrative, despite the nearly two year special counsel investigation concluding there was no collusion between Russia and the Trump 2016 campaign.

The media is still chasing their tails every time the president “tweets” something they don’t like.

It is almost like we are replaying the 2016 election cycle leading up to the 2020 presidential election. All that is missing is Hillary Clinton as a candidate. This time, to date, we have 18 Democrats that have tossed their hats in the ring, and more are expected.

Since the 2016 presidential election we have seen Hollywood celebrities and liberal media personalities melt-down, on-air, inciting hundreds of liberals to attack Trump supporters or people wearing MAGA hats, the most recent ANP reported on the other day, where a mohawk-wearing freaky woman verbally attacked a 74 year old Jewish man at a Starbucks because he was wearing a MAGA hat.

We have seen a rising number of hate crime hoaxes exposed, the most high profile to date a black, gay actor in Chicago claiming he was attacked by white thugs who yelled “This is MAGA country,” which police determined after weeks of investigating, he orchestrated the entire attack.

We have seen liberals marching in the street, crying, and anti-Trump protesters “screaming helplessly at the sky,” with others claiming they have needed therapy, were depressed, anxious and therapists declaring many are suffering from Trump Anxiety Disorder, which is commonly referred to as Trump Derangement Syndrome.

Despite the media’s consistent 90 percent negative media coverage of all things Trump, 70 percent of Wall Street thinks President Trump will be reelected in 2020.

Before the special counsel finding that there was no collusion with Russia established, 54 percent of voters said they “would think about voting for Trump” in 2020, and 24 percent of those that voted for Hillary Clinton in 2016, said they would “would at least consider,” voting for Trump in 2020, and 95 percent that voted for Trump in 2016, say they “could find a reason vote for him again in 2020.”

Add in the Jexodus (Jewsih exodus from Democrats) movement, the #WalkAway campaign and the #Blexit (Black exit from Democrats)movement, and Wall Street might have it right.

If you think the #Resistance liberals are crazy now, just imagine those that have steadily become more and more infected with Trump Derangement Syndrome over the past two years, including the liberal media, democrats, Hollywood celebrities, and unhinged violent liberals, reacting to a 2020 election win by President Donald Trump.

I am not referring to the entertaining on-air crying like we  witnessed in 2016 on election night, by pundits that started the night confident the candidate they promoted would win easily, then slowly went into shock and total meltdowns as they were forced to report that Donald Trump won, but the unhinged masses that are allowing the media to take them down the same path they took them down in 2016.

The violent ones, the crazed, the dangerous…… Should President Trump win in 2020, that will kick off the most dangerous moment this nation has ever seen because the violence, harassment and threats we have witnessed and documented here at ANP by crazed liberals over the course of the past three years (before the election and after) will look like a walk in the park.

Anyone that thinks that statement is hyperbolic needs to look back at what followed the 2016 presidential election, a brief reminder of the rioting, the protests and chaos that followed the election results.

• In Oakland protesters set fires in streets and threw bottles at cops, as police retaliated with tear gas.

• In Los Angeles, a disorganized protest of thousands saw fires on City Hall steps and 110 Freeway taken over.

Violence has broken out at anti-Trump rallies across America overnight as tens of thousands marched against the President-elect before angry mobs attacked police, started fires and shut down highways.

The streets of downtown Oakland in California were choked with smoke Thursday as police launched tear gas and protesters lit fires, in what became by some distance the most violent of the many protests against the election of Donald Trump.

More than 6,000 protesters were seen on the streets of Oakland with an initially peaceful march down a cop-lined street turning nasty after some protesters threw bottles at officers and torched a police car. An office block was also attacked, daubed with ‘f*** Trump’ and ‘kill Trump’ graffiti and then set alight.

And thousands more filled streets in Los Angeles before taking over the 110 Freeway while other protesters gathered outside City Hall, lighting fires and waving Trump heads on sticks. There were 14 arrests.

In New York, home of the President-elect, at least 30 people were arrested when cops cracked down on twin demonstrations in Columbus Circle and at Trump Tower.

As many as 7,500 demonstrators were believed to have been split between the two locations, chanting ‘Black Lives Matter’ and ‘Donald Trump, go away, racist, sexist, anti-gay.’

Cher and Madonna were among the NYC protesters, with Cher telling one supporter they needed to ‘fight.’

Trump’s poll-defying win has sparked a wave of similar rallies across the country. Protests stopped traffic in Chicago, Illinois; Portland, Oregon; and San Francisco, California, among many others.

It wasn’t just the temper tantrum protests that immediately followed the November 8, 2016 election, but they “resisted” straight up to the January 2017 inauguration of president Trump. Mass protests, rioting, with more than 200 arrested on inauguration day, just in DC alone.

Now imagine these people, after being fed a steady stream of negative coverage against president Trump and his supporters, since before the 2016 election, throughout the first two years of the Trump presidency, and looking like it will continue to be the same throughout the 2020 presidential campaign cycle.

Does anyone think the liberals will be less unhinged by November 2020?

If so, contact me, I have a bridge in Brooklyn and some swampland in Florida to sell you!

As I headed this bullet point, prepare. Prepare for mass civil unrest if President Trump wins re-election. If you live near a large city, and get your groceries, gas, anything from liberal areas, stock up on supplies ahead of time, and stay away from the larger cities, especially if there are any protests planned around your area.

Get some gas canisters and fill them up, so you don’t have to enter the danger zone. Triple, or quadruple your regular grocery purchases. Avoid crowded areas. Dip into your emergency survival foods if you have to, you can always get more when the most violent of protests are over.

The New Tyranny Few Even Recognize

The Coronavirus War On Children