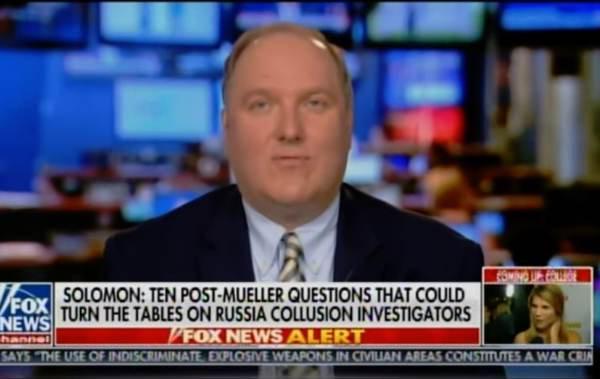 The Hill’s John Solomon joined Sean Hannity on the eve of the release of the full Mueller Report on Thursday.

Solomon told Sean Hannity that the spying on the Trump campaign began back in January 2016 and it was all run by the Obama White House.

Solomon added that more evidence will be released NEXT WEEK!

John Solomon: One text message has always stuck out in my mind… And that is the text message from Peter Strzok to Lisa Page after coming out of one of the meetings… And the text says, “The White House is running this.” I covered law enforcement for 30 years. The White House does not normally run counter intelligence for Justice Department investigations. That text remained in my head for a long time. And over the last few weeks I’ve been reporting, I think Victoria in the last segment had something really important. She said January 1, 2017, there was at least one White House meeting. I think next week we’ll be talking about a meeting one year earlier where the origins of the Trump collusion case begin. A whole year earlier.