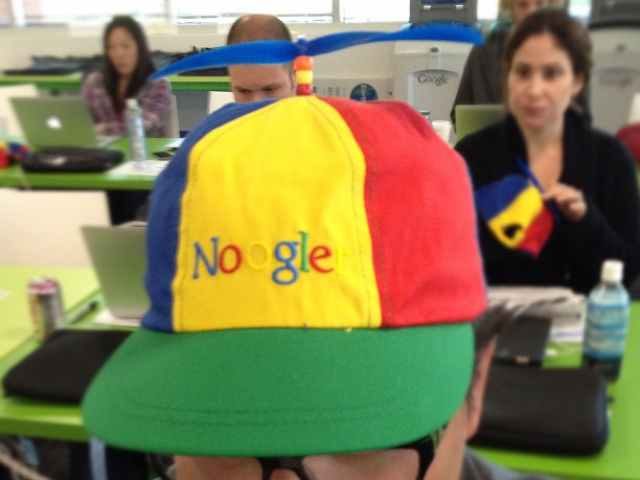 A Google whistleblower revealed that coworkers accused him of supporting a “hate group” over his donation to the Alliance Defending Freedom, a Christian conservative legal fund that has fought and won several religious liberty cases before the Supreme Court.

The revelation follows news that Google will cancel its external AI advisory board, after severe backlash from left-wing employees.

The whistleblower, software engineer Mike Wacker, revealed that he is in charge of the Republicans listserv at Google, which has made him a prominent target for the company’s far-left mob. Wacker previously blew the whistle on anti-Trump bias at Google, publishing an email from a manager who told his subordinate that Google must stop “fake news” because “that’s how Trump won.”

In his new article, Wacker published a redacted email conversation between himself and several other Google employees, who at various points accuse him of donating to ADF, which they falsely accused of wanting to “criminalize homosexuality.”

Wacker writes that Google’s recent decision to cancel its A.I. advisory council following pressure and vitriol from far-left employees over the inclusion of a prominent conservative, led him to reveal to the public what he calls the company’s internal “call-out culture.”

In the discussion threads about Kay Coles James and the Heritage Foundation obtained from within Google and published by Breitbart News and the Daily Caller yesterday, Google employees can be seen accusing Coles James of “bigotry,” “transphobia” and something called “extermination[ism].” Google shut down its A.I. advisory council, of which Coles James was soon to be a member, quickly after the pressure from left-wing employees began.

In his post, Wacker explained that he wants the public to understand that the mass call-out of Heritage Foundation President Kay Coles James wasn’t a one-off. On the contrary, wrote Wacker, radical employees at Google regularly “call out” the minority of their coworkers who express support for mainstream conservative positions like those held by Heritage, smearing them as bigots and lodging frivolous HR complaints against them.

“Many people would assume that while Google employees may deploy this sort of rhetoric against public figures such as Kay Coles James or Sen. Marsha Blackburn (R-TN), they would also treat their fellow employees with more respect,” wrote Wacker. “In many cases, that assumption is false. Google’s employees are also often the targets of these sorts of accusations or ‘call-outs.’”

To prove it, Wacker posted a thread in which he, the owner of a mailing list for Republicans at Google, had been called out, merely for supporting the Alliance Defending Freedom.

“Googlers bragging about their donations to hate groups that advocate for the criminalization of homosexuality is the line for me,” said one Google employee, who did not name Wacker but clarified that he was talking about the ADF, falsely claiming that the group wants to make being gay a crime.

“As hate groups go they’re one of the milder ones. They ‘only’ want to make being homosexual a criminal offense,” snarked the employee.