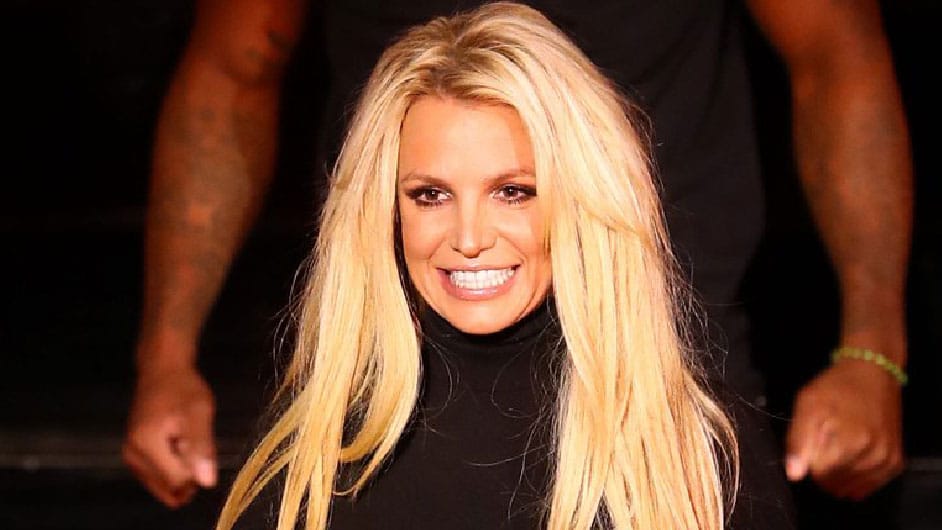 A “credible source” claims that Britney Spears is being held against her will at a mental health facility since January. The cryptic social media activity of Britney’s mother appears to be confirming this claim. Is Britney undergoing MKULTRA reprogramming?

Since 2011, The Vigilant Citizen has been documenting the life and career of Britney Spears in great detail for a simple reason: She is one of the most obvious examples of mind control in the entertainment industry today. And the bizarre turn of events of the past months tends to confirm this fact.

Spurred by the revelations of an anonymous source close to Britney and the social media activity of Britney’s mother, the campaign #FreeBritney has been gaining steam. The theory: The singer is being held against her will at a “mental health” facility since the beginning of January.

Is she being held against her will for MKULTRA reprogramming? Before we explore this question, here’s quick look back at the events that defined Britney’s life.

Not unlike other industry slaves, Britney entered the business as a child. At age 11, she was cast on The Mickey Mouse Club, a popular TV show on the Disney Channel.

A few years later, she embarked on a highly successful solo career, making her one of the biggest stars in the world. However, not unlike other industry slaves, “cracks” began to appear in her programming around the age of 30.

Her infamous breakdown of 2007 – where she shaved her head and attacked cars with an umbrella – displayed all of the symptoms of an MK slave attempting to break free from programming. 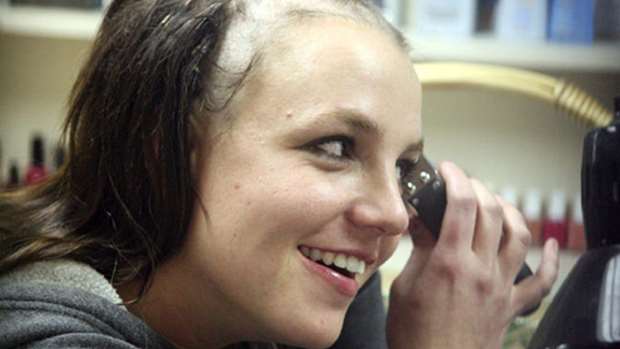 Britney shaving her head during her 2007 breakdown.

A few months later, Spears was committed to the psychiatric ward of Ronald Reagan UCLA Medical Center and placed on a 5150 involuntary psychiatric hold (Kanye West was sent to this same facility against his will after his own MK breakdown in 2016).

Since then, Spears was forced to live under the conservatorship of her father Jamie Spears who was given complete control over her career, finances, and personal life.

In 2012, Britney attempted to end the conservatorship and regain control of her life but was rejected by the court due to “psychological issues”. Strange fact: The actual “psychological issues” were never disclosed. Even stranger, the lawyers of the conservatorship requested the judge to seal the court records that describe her actual condition. According to this 2012 TMZ article:

Documents were filed Tuesday in the conservatorship case, urgently asking the judge to seal certain records.  In the papers, lawyers for the conservators called the records “highly sensitive,” adding “irreparable harm and immediate danger” would befall Britney if the documents weren’t sealed.

We’re told the singer has a disorder affecting her personality that can affect her state of mind.  We’re told she is doing “extremely well” but needs the safety net of a conservatorship.

At the beginning of April, media sources announced that Britney Spears “voluntarily” checked in a mental health facility to “help herself better cope with her father’s serious health issues”. 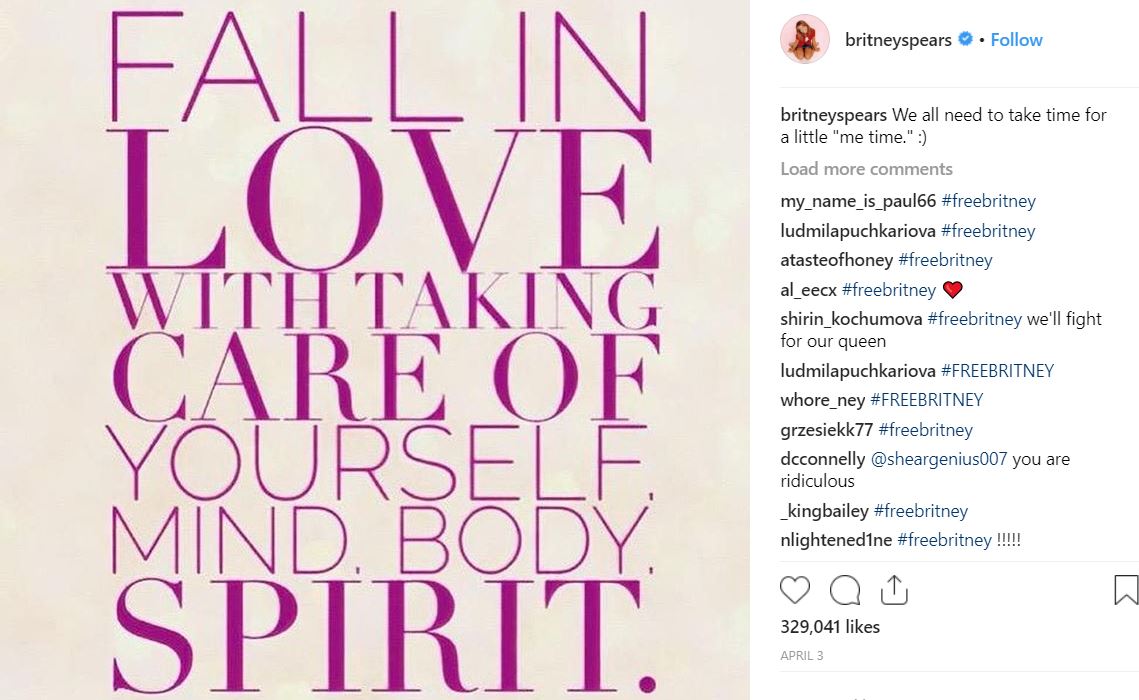 A post on Britney’s account from April 3rd with the caption “We all need to take time for a little “me time.” :)”. Many believe that she did not post this.

However, some claim that this is a lie. On April 16th, the podcast Britney’s Gram released an “emergency episode” after receiving “an anonymous tip from a credible source” claiming that Britney was being held against her will at a mental facility since January 14th (you can listen to it here). After explaining that he’s a “paralegal who worked on Britney’s conservatorship”, the source said:

“What is happening is disturbing to say the least.”

The unnamed man went on to explain that Jamie Spears had discovered that Britney stopped taking her medication. And, when she refused to take any other kind of medication, Jamie Spears pulled the plug on Britney’s Domination tour, telling her: “Blame it on my illness”.