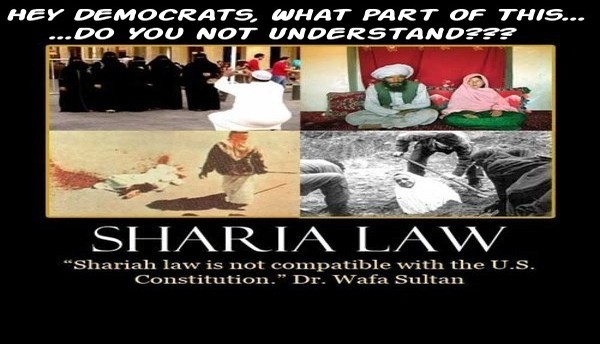 In this shocking new story over at Breitbart, they remind us again about how far the EU has fallen into tyranny after a 91-year-old Swedish man was convicted of hate speech for making disparaging comments about Islam and Muslims online after posting “You cannot, with the best will in the world, call these beings people. They seem to be inbred as they carry on.”

Posting to a facebook group of over 12,000 members his own personal feelings about what he thought about Islam and Muslims, the court replied “the messages have content that is clearly abusive to Muslims and it, therefore, expresses such inaccuracy as is required to be held liable for the crimes against ethnic groups.”

And while his messages did not suggest that violence be carried out upon Muslims nor mention any individual by name, and his comments would clearly be ‘protected speech‘ here in the US under the Constitution where we’re allowed to have ‘opinions‘, we can learn a ton by paying attention to who it is we cannot criticize without some kind of ‘punishment‘ being meted out in this day and age we’re now living in as Judge Jeanine Pirro recently learned over at Fox News (which seems to be quickly turning to the left) after her right-on-the-spot comments about Ilhan Omar and sharia law.

As we’ll see within this story, with the European Court of Human Rights just making it illegal to tell the truth about Islam and their prophet Mohammad who married a child, proving that ‘truth‘ is now ‘criminal‘ in their ‘empire of lies‘, and ‘big tech‘ here in America attempting to silence any criticism of Islam and the ‘radical gay agenda‘, we get a small peak at who ‘rules over us‘ by seeing who we’re not allowed to criticize, especially if that criticism is truthful, and even though such criticism is protected speech under the US Constitution. No wonder the globalists so want to do away with America.

And as far-left comedian Bill Maher had stated back in 2014 according to this NY Post story titled “Don’t Cross The Gay Mafia“, “leave the gays alone or you may be next“. Maher didn’t hold back and slammed home his point.

Bill Maher jabbed gay-rights activists for targeting the CEO of software firm Mozilla over a donation he once gave to a California initiative banning same-sex marriage.

“I think there is a gay mafia,” Maher said on Friday. “I think if you cross them, you do get whacked.” 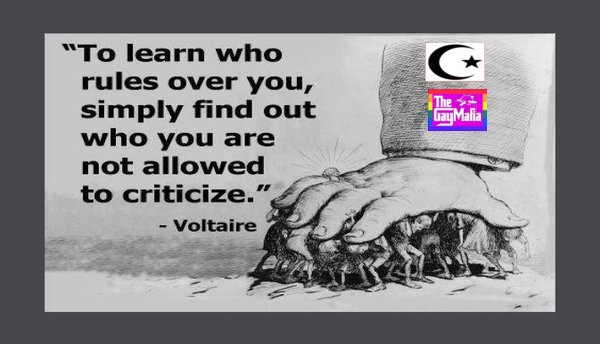 In a quote long attributed to Voltaire but possibly not ever even spoken by him, we were warned “to learn who rules over you, simply find out who you are not allowed to criticize“.

Over many different periods of history and time, many different groups have held that title, with purges carried out against their opponents over and over again. From the “Night of the Long Knives” purges that were carried out against opponents of Adolf Hitler in 1934 to the mass killings carried out by Mao Zedong of his ‘opponents‘ in China in the 1940’s and 1950’s to the ‘Red Terror’ purges carried out starting in 1918 in Russia to the ‘Great Purge‘ from 1936 to 1938 in Russia under Joseph Stalin, millions of people have been slaughtered by those they were not even permitted to criticize.

And why the HUGE disconnect within the Democratic party and their support of both Islam and the radical gay agenda, an agenda that is completely looked down upon by Islam and specifically sharia law? As this entry at Wikipedia reports, the death penalty for homosexuality has historically been implemented by a number of countries worldwide. It currently still exists in a fairly small number of countries or parts of countries, most of which recognise Sharia as a legitimate form of law.

Majority Muslim countries still carrying out executions for homsexuals include.:

Afghanistan
Brunei: death by stoning
Iran
Mauritania, only applies to Muslim men
Sudan for a third conviction
Nigeria where several northern states have adopted sharia as the law of the land
Yemen
Saudi Arabia
Qatar: applies only to Muslims, for extramarital-sex regardless of the gender of the participants
Somalia: where several southern states have adopted sharia law

With the majority Muslim nation of Brunei just recently announcing they’ll begin ‘stoning to death‘ homosexuals, implementing sharia law and leading to Hollywood ‘superstars‘ making a decision to boycott hotels owned by Brunei, how can those on the left who are full supporters of Islam NOT realize that most Muslims and the totalitarian politcal philosophy called ‘Islam‘ don’t feel the same way about them? Political Islam has subjugated civilizations for over 1,400 years so while the left may call the suspicion of Islam ‘Islamophobia‘, no one should ever trust totalitarian politics.

So does the left actually HAVE a ‘death wish‘, blindly supporting those who’d happily lop off their heads? 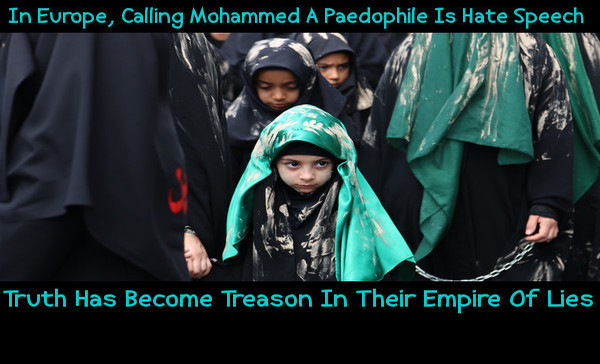 Let’s take a look at an extended excerpt from this story over at Big League Politics which reports upon the EU’s decision to criminalize the truth by making it illegal for the European people to discuss Mohammed being a pedophile. With the truth now criminalized in the EU, we’ve long been warned that what is happening in the EU should be seen as a huge warning to America with the ‘left deep state‘ even attempting to overthrow the Presidency of Donald Trump via failed coup.

The European Court of Human Rights (ECHR), the international body tasked with ruling over the 47 member states of the Council of Europe, made a ruling this week that effectively criminalizes telling the truth about the Islamic faith by essentially affirming a ruling made by the Austrian courts against Elisabeth Sabaditsch-Wolff after she derided the prophet Muhammad’s for having a six-year-old child bride.

It was decided that Sabaditsch-Wolff’s comments “were likely to disturb the religious peace”so her freedom of speech had to be curtailed, to satisfy the desires of the third-world invaders prone to violence. These are the predictable end results of Europe’s embrace of diversity and acceptance of multiculturalism.

“A 56-year-old and a six-year-old? What do we call it, if it is not pedophilia?” she asked while giving her presentation to a small audience of about 30 people. According to the Koran, Mohammad was engaged to Aisha when she was six and waited until she was nine to consummate the marriage.

The European High Court actually had the audacity to defend Mohammad’s wedding to the nine-year-old girl, making the twisted justification that, because he stayed with his child bride until after she was 18, his acts of pedophilia were somehow less wrong.

Joe Biden: We Have “The Most Extensive and Inclusive VOTER FRAUD Organization”

Victims Of Childhood Transgenderism Have Spoken Out – Listen Up, Joe Biden!