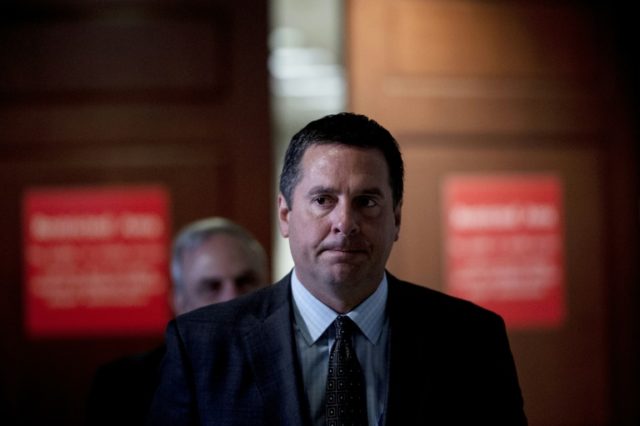 The ranking Republican on the House Intelligence Committee said he is prepared to brief Barr on the alleged misconduct he feels occurred during the investigation into the Trump campaign during the 2016 campaign, Fox News reported.

The allegations Nunes is alerting the Department of Justice about were turned up during the time the GOP held the majority in the House.

Nunes insisted that the review conducted by the House Intelligence Committee over the last two years found the “potential” violations.

“Nunes has been looking into such surveillance and other issues for months,” Fox reported. “In his letter Thursday to Barr, Nunes said he would have his staff arrange a time for him and Ratcliffe, R-Texas, to ‘brief you directly on eight criminal referrals.’”

The letter did not detail any of the violations Nunes is talking about. But in other interviews, Nunes said he has been working on these referrals for two years but wanted to wait until the Mueller report was released before pursuing them.

At the end of March, Nunes told Breitbart News of at least one referral he was preparing.

At the time, Nunes spoke of “one criminal referral,” adding, “but with multiple referrals on a number of different crimes.” Nunes continued, saying, “We will have some leakers in there for sure.”