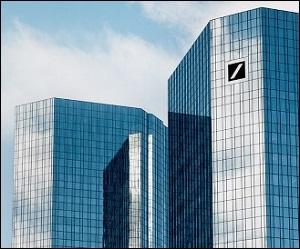 Anyone who thought that Commerzbank was going to agree to a merger with Deutsche Bank while the latter was under multiple investigations in the U.S. for money laundering and questionable loans to the President of the United States, a man who was himself under a criminal probe until last month, was likely off their meds.

Why Commerzbank allowed the speculation of a merger to proceed this long is the real question. At any event, both banks confirmed this morning that merger talks have ended with a spokesperson for Commerzbank saying this:

“After careful analysis it became apparent that such a combination would not be in the interests of either bank’s shareholders or other stakeholders.”

The breakdown of merger talks comes on the heels of a report on CNN last evening that Deutsche Bank has “begun the process of providing financial records to New York State’s Attorney General in response to a subpoena for documents related to loans made to President Donald Trump and his business.”

Deutsche Bank is also the subject of a probe by the House Financial Services Committee and House Intelligence Committee. Congressman Adam Schiff, Chair of the House Intelligence Committee, told Politico last week that “As part of our oversight authority and authorized investigation into allegations of potential foreign influence on the U.S. political process, the House Intelligence Committee today issued subpoenas to multiple financial institutions in coordination with the House Financial Services Committee, including a friendly subpoena to Deutsche Bank, which has been cooperative with the Committees.” According to news reports, the other banks receiving subpoenas or document requests include JPMorgan Chase, Citigroup, Morgan Stanley, Bank of America, Wells Fargo, Capital One, Royal Bank of Canada and Toronto Dominion Bank.

The potential for more fines and reputational damage to Deutsche Bank is extensive. Last month Bloomberg sized up the bank’s risk management skills as follows:

“Lax money-laundering controls, market rigging, selling toxic securities—Germany’s Deutsche Bank has been investigated for all of these practices since the 2008 financial crisis, running up $18.3 billion in fines and legal costs, more than any other European bank. Regulators and prosecutors have raided the bank’s Frankfurt headquarters, subpoenaed documents and grilled executives in dozens of probes on three continents.”

Deutsche Bank is not some little German bank running amok. It’s designated a G-SIB or Global Systemically Important Bank. That means that it has the potential to spread systemic risk in the global financial system. According to Random House, the definition of systemic is: “Pertaining to or affecting the body as a whole…absorbed and circulated by a plant or other organism so as to be lethal to pests that feed on it.”

We know that Deutsche Bank’s $49 trillion in notional derivative tentacles extend into most of the major Wall Street banks. According to a 2016 report from the International Monetary Fund (IMF), Deutsche Bank is heavily interconnected financially to JPMorgan Chase, Citigroup, Goldman Sachs, Morgan Stanley and Bank of America as well as other mega banks in Europe. (All of the mega Wall Street banks are trading in the red this morning, as is Deutsche Bank.)

In a footnote, the IMF researchers added this commentary on Deutsche Bank: “Repeated fines for involvement in the systematic manipulation of benchmarks, misleading regulators, and violating U.S. restrictions on conducting business with sanctioned countries, hit Deutsche Bank’s bottom line and may be indicative of corporate governance issues.”

The IMF report raised another very troubling element. It said that “Both Deutsche Bank and Commerzbank are the source of outward spillovers to most other publicly-listed banks and insurers. Given the likelihood of distress spillovers between banks and life insurers, close monitoring and continued systemic risk analysis by authorities is warranted.”

Hearing the name Deutsche Bank and “insurer” in the same sentence should send a shiver down the spine of every member of Congress. In 2008 during the financial crash in the U.S., the big U.S. life insurer, AIG, required a taxpayer backstop of $185 billion and had to be taken over by the U.S. government. When the dust settled and details were forced out of the Fed and AIG, it became clear that the bailout of AIG was really a bailout of the big Wall Street banks and their foreign peers for their insane derivative bets placed with AIG. Wall Street banks, foreign banks and hedge funds received more than half of AIG’s bailout money ($93.2 billion). AIG was eventually forced to release a chart of where its bailout money ended up.