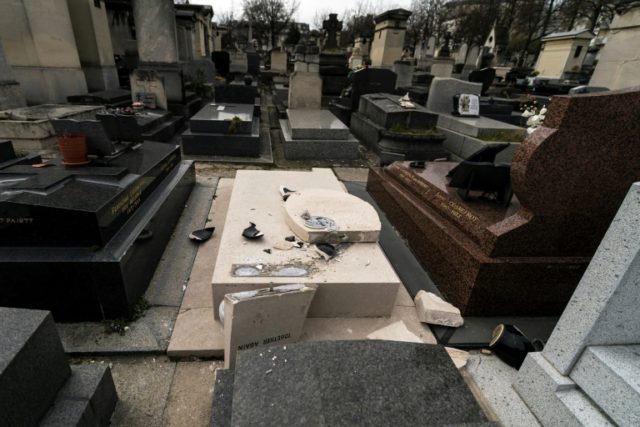 Desperate Venezuelans, a BBC report revealed Sunday, have begun targeting cemeteries for potential income, stealing everything from jewelry to bones that they can then sell on for a profit.

The BBC spoke to relatives of those buried in the Cementerio del Sur, the largest burial ground in the capital of Caracas, who now need to stand guard at their loved ones’ tombs to protect them from looters.

“I come here every week, or every two weeks. I keep watch. I worry I’ll arive one day and she’ll be gone,” Eladio Bastida, whose wife is buried in the cemetery, told the BBC. “When I buried her, you could just walk in here. but lately you can barely reach her grave, because every tomb has been opened and the remains taken out.”

Looters prioritize finding jewelry, gold teeth, and skeleton remains that can be sold for use in various rituals, the report alleged:

The damage is so widespread that cemetery workers often cannot repair the graves. Thieves have broken into not just the graves of common people, but those of historical figures such as novelist and former Venezuelan president Rómulo Gallegos.

“This is a lawless land, there is no respect for anything here,” added Bastida. “God will punish those people that are doing this.”

Another bereaved individual, Jorge Liscano, told the BBC he plans to exhume his relatives’ remains for fear that thieves will soon dig up the grave when he is not there to protect it.

“This is the result of social collapse, a lack of education, the loss of values in our homes and our institutions,” he said. “In recent years, this country has only focused on politics. We have forgotten about the things that make us human.”

Venezuela’s dire humanitarian crisis has intensified in recent weeks amid a breakdown of the national electrical grid that has left many people paralyzed, without access to basic living necessities and essential public services such as schools and hospitals.

The task of managing the remains of the deceased has long been an issue in the crisis-stricken country. Reports from local morgues last year revealed exploding corpses due to a lack of effective refrigeration. Most corpses placed in morgues quickly enter what is known as the emphysematous phase of decomposition, where they can no longer contain the gases and putrid fluids accumulated inside and burst as a result.