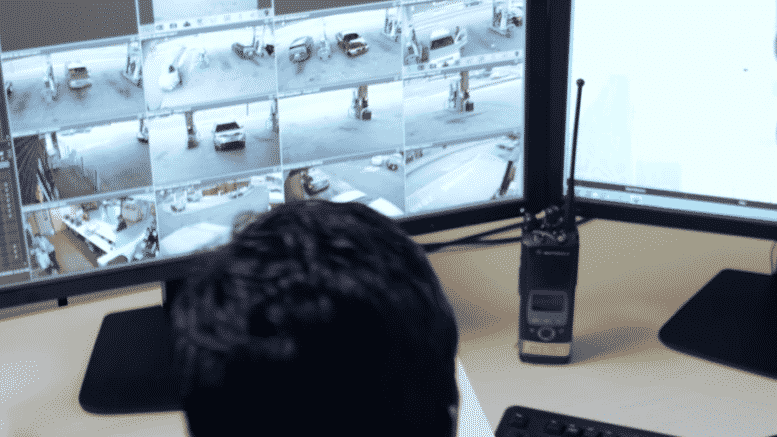 TN has repeatedly warned that the China model of Technocracy and Scientific Dictatorship was coming to America, and here it is. Detroit, New Orleans and San Diego are all bent on total surveillance of their citizens. ⁃ TN Editor

The push to turn America’s cities into Chinese-style surveillance networks has found a new partner in Detroit, Michigan

What started out as a ‘voluntary’ police-cam share program in Saginaw, Michigan has morphed into a massive 1000 surveillance camera network which includes 500 businesses in Detroit.

A map of Project Green Light’s surveillance cameras, shows the true extent of police spying in Detroit and it looks an awful lot like the map of San Diego’s IQ street lights.

What makes Detroit’s spying so disturbing, is that the city wants the public to help fund their program.

“In order to continue making Detroit a safe place to live, work, and play, we are asking you to gather signatures from your neighbors pledging support for the Neighborhood Real-Time Intelligence Program.”

Motorola and the Detroit Police Department have worked together to create their own “Neighborhood Real-Time Intelligence Program” (NRTIP) which spies on residents 24 hours a day. (To learn more about Motorola and Project Green Light click here.)

An article in the Neighborhoods.org revealed that police departments are creating their own ‘real-time intelligence centers’.

Detroit Police Department Lieutenant Sonia Russell said, “the difference between us and a fusion center is that we’re not on the state level. All the products that we have here are on the same level as being a fusion center with counter-terrorism, with the statistical data, with the crime patterns and trends, with the camera footage,” she said. “That’s what’s unique about us, we got everything right here, and a lot of real time crime centers don’t have that. We’re able to do all the things that a fusion center can do.”

I am torn between calling Detroit, America’s second Chinese-style surveillance city or New Orleans which has the dishonor of being “America’s largest spying network.