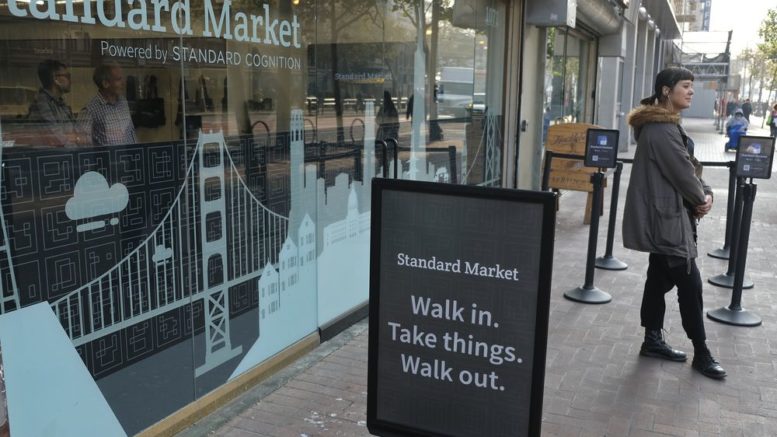 The economic system of Technocracy demands that no person can be left out. Thus, the global initiative to remove cash from society is not surprising, but it is facing stiff citizen resistance wherever it is being pushed. ⁃ TN Editor

So he was surprised to learn the dollar bills in his pocket were no good at Dos Toros Taqueria in Manhattan, one of a small but growing number of establishments across the U.S. where customers can only pay by card or smartphone.

Cash-free stores are generating a backlash among some activists and liberal-leaning policymakers who say the practice discriminates against people like Figueroa, who either lack bank accounts or rely on cash for many transactions.

Figueroa, an ironworker, had to stand to the side, holding his taco, until a sympathetic cashier helped him find another customer willing to pay for his meal with a card in exchange for cash.

The issue got some high-profile attention this week when retail giant Amazon bowed to pressure from activists and agreed to accept cash at more than 30 cashless stores, including its Amazon Go convenience stores, which have no cashiers, and its book shops. Amazon declined to say when the change would happen.

There is no federal law that requires stores to accept cash, so lawmakers are working on the issue at the state and city level.

Earlier this year, Philadelphia became the first city to ban cashless stores, despite efforts by Amazon to dissuade it. New Jersey passed a statewide ban soon after, and a similar ban is working its way through the New York City Council. Before this year there was only one jurisdiction that required businesses to accept cash: Massachusetts, which passed a law nearly 40 years ago.

“The potential societal cost of a cashless economy I think outweighs the potential benefits for businesses,” said Ritchie Torres, a New York City councilman for the South Bronx who introduced the bill.

Policymakers argue that while cashless stores and restaurants aren’t widespread now, the practice could expand to more services, including some that cater to lower-income customers.

Walmart-owned Sam’s Club opened its first cashier-less store in Dallas last year, using technology that allows customers to scan and pay for items with their smartphones. Kroger has installed similar technology in about 400 stores nationwide.

Stadiums in Tampa Bay, Florida, and Atlanta have started to go cashless, or nearly cashless, and the Barclays Center, where the Brooklyn Nets play, is now effectively cashless as well.

“I wanted to stop this before it became an everyday thing,” said William Greenlee, a Philadelphia councilman who introduced that city’s bill.

Advocates for cashless bans worry technology is moving too fast for the 6.5% of American households — 8.4 million — that do not have a bank account, according to figures from the Federal Deposit Insurance Corporation.

Figueroa is among the much larger group considered “underbanked,” meaning they have a primary bank account but regularly rely on alternative financial services like check cashers. More than 24 million U.S. households are underbanked, according to the FDIC.

Insiders Spill the Beans on Dirty Trick the FBI & DOJ Employed to Rig the Hunter Biden Laptop Investigation — Inside the FEDs’ Protection...