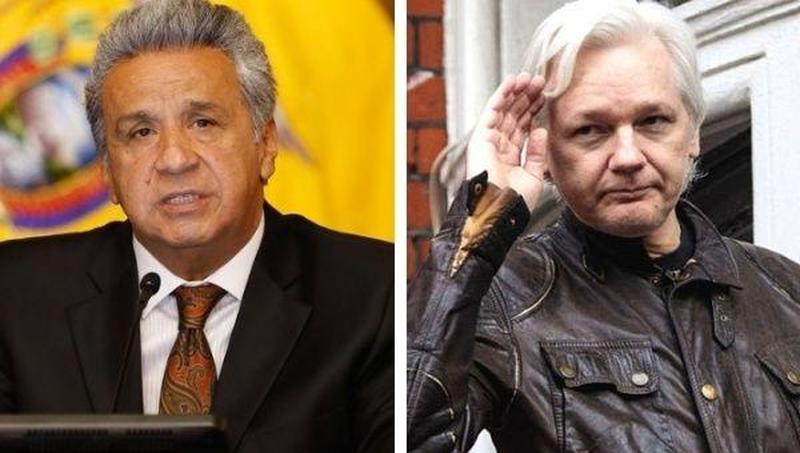 WikiLeaks has published an urgent statement to its official social media accounts, saying the Ecuadorian embassy in London is preparing to expel Julian Assange within “hours to days,” citing two “high level” Ecuadorian sources, and that the South American country “already has an agreement with the UK for his arrest.”

The statement published Thursday night grabbed headlines in US and UK press, with WikiLeaks supporters calling on crowds to gather outside the embassy in solidarity with Assange.

WikiLeaks said via Twitter, A high level source within the Ecuadorian state has told WikiLeaks that Julian Assange will be expelled within “hours to days” using the INA Papers offshore scandal as a pretext — and that it already has an agreement with the UK for his arrest.

BREAKING: A high level source within the Ecuadorian state has told @WikiLeaks that Julian Assange will be expelled within "hours to days" using the #INAPapers offshore scandal as a pretext–and that it already has an agreement with the UK for his arrest.https://t.co/adnJph79wq

UK police and surveillance teams have been camped outside the embassy 24/7 ever since he first entered the building in 2012 and was given asylum there while facing extradition to Sweden on assault charges, which many believe was a classic “honey trap” scenario orchestrated by the CIA or another western intelligence agency, so that he could eventually be transferred to US detention.

Assange expulsion off the back of #INAPapers offshore corruption scandal: Ecuador's former Consul to London (2010-2018) analysis

"In short, the government seeks a false pretext to end the asylum and protection of Julian Assange."https://t.co/UQft7LAXHu

The corruption scandal WikiLeaks referenced involves WikiLeaks’ reporting on papers alleging that Ecuadorian president Lenín Moreno enriched himself from an offshore account in Panama — allegations which Moreno has vehemently denied.

For his part, Moreno has ramped up pressure and scrutiny on Assange this week, saying in a radio interview that the whistleblower and journalist has egregiously and repeatedly violated the terms of his asylum.

Moreno went so far as to indirectly suggest Assange and WikiLeaks leaked personal photos of him and his family online, but without directly referencing him by name.
Read More @ ZeroHedge.com

Buy Gold Now, or it Will Soon Be Too Late with Andy Schechtman