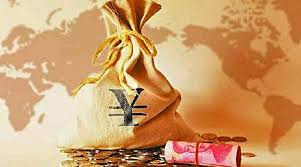 With China’s Belt and Road confab set to kick off this coming week in Beijing, an astounding number of Middle Eastern nations are expected to attend.

And with representatives from 17 Arab countries confirmed to be participating in the new Silk Road project, it all but validates that the long-standing Petrodollar system is at an end.

Beijing has inked cooperation deals on its multi-trillion-dollar Belt and Road Initiative (BRI) with 17 Arab countries, state-run Xinhua News Agency reported, citing the results of a joint Sino-Arab forum. The second China-Arab Forum on Reform and Development, which was held in Shanghai on Tuesday, attracted more than a hundred businessmen, politicians, and academics from China and Arab states, including Egypt, Lebanon, Djibouti, and Oman. This year’s meeting, dubbed ‘Build the Belt and Road, Share Development and Prosperity’, was dedicated to boosting the project. – Russia Today

All in all, representatives from 37 countries will be attending this forum between April 22-25.  And what makes this trade project a real threat to the U.S. and dollar hegemony is that much of it will be done bilaterally, and in currencies that are outside the global reserve.

Chinese currency renminbi (RMB), or the yuan, has gained a bigger popularity overseas, especially in countries along the Belt and Road as the B&R construction advances smoothly. The use of Chinese currency sees a huge development potential in the B&R countries with further rise of cross-border trade, which can be settled in RMB since 2009. According to data released by China’s central bank, the People’s Bank of China (PBOC), 3.71 trillion yuan worth of cross-border trade was settled in RMB in the first three quarters of 2018, and a growing number of countries and regions have accepted the settlement of cross-border transactions in RMB. International demand for RMB is increasing. The thirst for RMB may be found in the booming currency swap between China and foreign countries and hot selling of Panda bonds in B&R countries. – yidaiyilu.gov